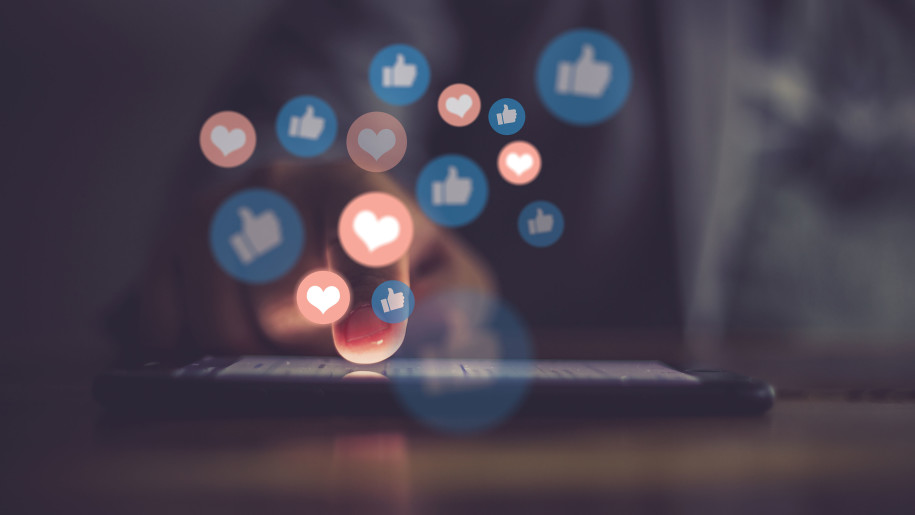 We all desire to be “liked.” Social media has given a new lease on life to our desire. It has also provided us with powerful tools to publicly express our sentiments, like emoticons.
In terms of relationships and keeping in touch with our friends, emoticons are a fast, simple and very visible means to let others know that we are aware of what is happening in their lives.
It feels good to get many likes on a post. It makes you believe people care. Friends on social media made sure that Fay knew they were aware of what she was going through when Fay posted:
I am terribly afraid . . . it is silly to avoid going to the doctor just because he might say the word describing your condition that leaves you in shambles . . . But then the pain gets the upper hand and shuts all the doors . . . all except one . . . the doctor’s office.
“I have no idea what I will be told this time . . . I still believe in the miracles . . . maybe all my worries are just giants created by that monster fear. I think that if I compare my fears to a judge who hits the gavel and pronounces me “guilty,” there is nothing but darkness left in me . . .
“I can’t go through this again. I am completely spent. I think this post could very well go along with a weeping selfie . . . one can get so lost on the internet. Good health to you all.

The post garnered 80-plus reactions as well as 40-plus “get well soon,” “God bless,” “praying for you,” and other comments.

Several hours later, the post became old news. Friends had already expressed their sentiments; they were aware of Fay’s situation and used the appropriate emoticons to let her know of their feelings.

Fay, on the other hand, continued living with the fear of cancer recurrence . . . alone. She already knew that people were willing to go only this far.
I must admit that I was one of those 80-plus who used the sad face emoticon to let Fay know I was sad she was going through so much pain. I was one of the 40 who left an encouraging comment under her post. I wanted to call her and see if she needed help, but I hesitated.

About ten years ago, Fay befriended some people who planted in her heart a longing to know the loving God and become a member of a caring fellowship of believers.

Fay started studying God’s word in earnest and getting to know people from different denominations. As she progressed in her search for a true church, she quickly realized that non-Greek Orthodox denominations had the same or very similar problems as her local parish . . . the members of congregations practiced criticism and gossip more than they practiced love and caring for one another.

Then cancer struck. With it came another horrendous realization . . . none of the born-again Christians she had come to know cared for what she was going through. Not one of them supported her as she went through very intense chemotherapy. She could count only on her local Orthodox priest for a listening ear as well as words of encouragement and support.

Can you blame her for thinking that knowing the Bible’s teachings and not worshiping icons did not make you any better as a Christian?

God never let her down, though. Fay zealously acknowledged His faithfulness. She returned to Orthodoxy, yet she was no longer the same. She bowed to the icons of the saints, yet she continued seeking a deeper relationship with her Heavenly Father.

Along the way, I came to know Fay. We had long talks about our Heavenly Father. Our family had moved, and now I could meet with Fay for a cup of tea. When I needed to go for a test I was terrified of, she was right next to me; sitting with me for hours in the public hospital to ensure I was not going through this alone.

The day came when Fay’s father could no longer look after himself. His health was declining rather fast. Her mother had passed away the previous year after a bad fall. Fay had no relatives nearby to help and was still too weak to move in with her father and take over his care. They decided to hire a live-in home care aid. Unfortunately, in three short months, the person who undertook the job contrived to gain complete confidence of the ailing older man and completely emptied his savings account. Yet another unfortunate detail in the affair was that that person was of foreign descent.

The aftermath embittered Fay—toward foreigners and foreign religions. She was very public about her bitterness in social media, lashing out at all foreigners. To her, all of them faked Christianity, all of them only pretended to care, all of them were scum and deceivers.
I felt included.

Fay never mentioned it to me directly, but I felt she struggled to figure out how to treat me. Her social media posts continued on Orthodox-Nationalist themes, sometimes praising Orthodoxy and uplifting nationalistic ideals; other times, bashing any non-Greek European.

I decided it was better to give her some space.

I was thinking about all this as I was trying to decide whether I should call her or not. Let’s face it: I was afraid, so I prayed.

Think about it. As I was praying, I was afraid of calling my friend who was in a dire emotional situation. How silly!

Fay was so glad to hear from me. We talked for nearly two hours like good old friends should when they have not seen each other for so long. Fay forgot I was not Greek, or maybe it no longer mattered. We caught up on each other’s lives, prayed and arranged to get together the following week to face her MRI results.
In a very indirect manner, I learned that the 80-plus reactions and 40-plus comments on her social media post resulted in only two follow-up phone calls, mine being one of them.

Long ago, before emoticons or thumbs up signs used to govern our relationships with others, the Apostle James (James 2:15, 16) nailed down a fundamental principle by saying: “If a brother or sister is naked and lacks daily food, and one of you says to them, ‘Go in peace; keep warm and eat your fill,’ and yet you do not supply their bodily needs, what is the good of that?”

I figure, in social media terms, his words would translate to, “if one of your friends or followers posts something that makes you aware they are in some kind of need, don’t just like it. Don’t just react with an emoticon you deem appropriate. Send a caring message, call, meet in person and show your faith in God by being the real and caring person God created you to be.”

What difference will it make? You never know what may happen.

My phone call led to reunion and reconnection. Some days later, I was the first to rejoice with Fay over the miracle of clear MRI results—a miracle entirely attributed to God.