Get to know us!

Scan through our bios, and get a glimpse of who we are. We look forward to meeting you! 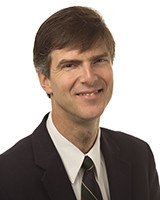 Classes are also taught by a team of top-notch professionals from around the world.