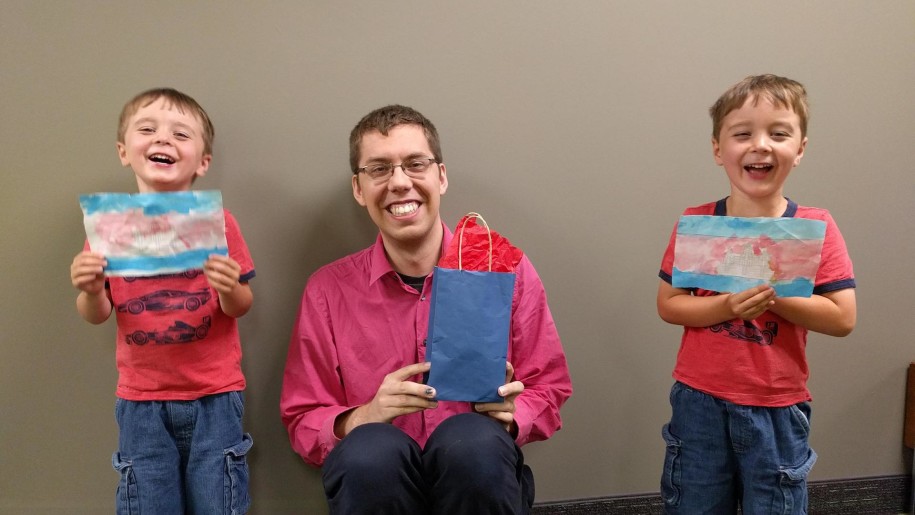 It’s summer time at Southern Adventist University, which means that the halls and classrooms are abnormally quiet and void of students. Although AFM training for student and short-term missionaries starts in less than two months, I am still working as a programmer at the university for the next few weeks, and the quiet environment and lack of interruptions is helping me to wrap up many odds and ends before I leave my current position. Building my support team has been difficult while maintaining a full-time job and being involved in a large variety of music programs; at one point towards the end of the winter semester, I was a part of six different music ensembles of varying types! God has been providing for my needs, and it has been wonderful to see the ways that He has led over the past few months as I slowly transition between jobs.

As I worked during the early afternoon last week, I heard someone struggling to open the door outside my office. Before I could get up to see who was there, it burst open, and a young boy ran in with an excited grin on his face. “Here’s your mission money!” he shouted with glee. In behind him ran his twin brother and younger sister with Mom behind all three. The four-year-old twins, Caleb and Enoch, were both very excited as they handed me a small gift bag containing a card, some money, and two Cambodian flags that they had each painted with watercolor. I hadn’t seen someone so enthusiastic about giving away money in a long time!

Caleb and Enoch, the children of my work supervisor, enjoy getting access to cool new toys or gadgets whenever they have the opportunity. They get so excited with technology that, before their last family vacation, these boys asked their parents if they could bring along a 3D printer! As the twins thought about their upcoming birthday, however, they decided that instead of receiving shiny new toys and other exciting gadgets, they would rather help other children learn about Jesus in faraway lands. Along with myself, the boys know two other missionaries who are also planning to depart this fall to different projects around the globe. For their birthday, Caleb and Enoch eagerly asked their friends and relatives to bring mission money instead of toys or other gifts, and they split the money they collected equally between their three missionary friends. As a result of their donated birthday, each missionary receives a donation towards fundraising goals, painted flags of their destination country, and a homemade card.

The gift of the “little lad” in the feeding of the 5,000 (John 6) fed many more people than one would expect five loaves and two fish to satisfy, and the miracle taught many people about the power of Christ and His love in caring for the needs of many. Like the Bible story of the little lad’s gift, a gift from two modern “little lads” is going to help more than just three missionaries reach their fundraising goals. Their gift of a single birthday will help the gospel go around the world so that a great multitude can hear the good news about Jesus.

Like the little lads of the past and present, we also can bring our time, talents, prayers, and gifts to the altar of God and put them to use for the spreading of the gospel to all nations, tongues, and peoples. Whether we are young or old or somewhere in between, we all have gifts and talents that we can use for our Maker for the benefit of others. We may not see the results of our gifts on this earth, but we will learn on the earth made new how much these gifts, small or large, were multiplied and led many to know the gospel of Christ. Please consider joining the two little lads to help support the spread of the gospel to the whole world!