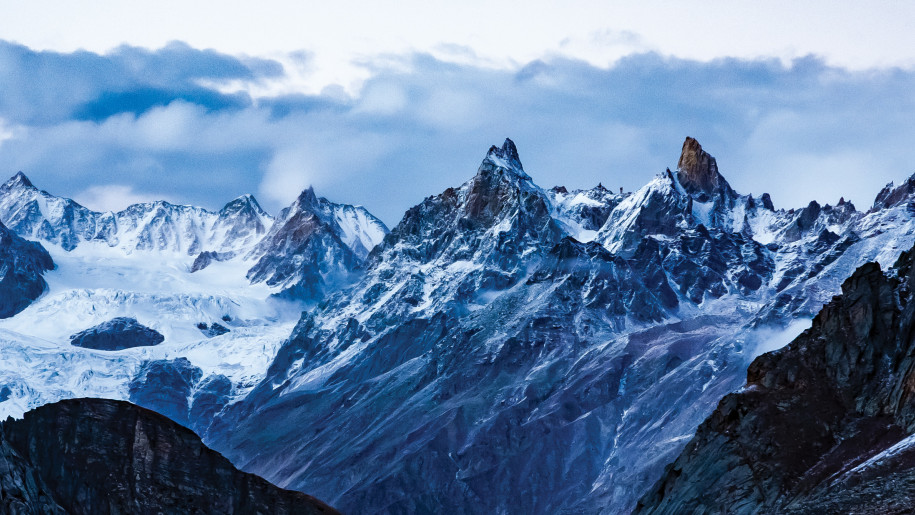 Greetings from India! My name is Naresh, and I’m the pastor of the Darjeeling Seventh-day Adventist Church. My wife Madhu, our two boys Jasper and Ashish and I live in the foothills of the Himalayas. I would like to share three stories with you of how God helped me through dangerous and dark times in my life.

When I was 13 years old and living in my home state of Jharkhand, there was a pond about two minutes’ walk from our house. One Sunday in July, which is rainy season in India, two friends and I went down to the pond to swim. It was about noon, and most of the people in the village were in their homes. Rainwater had filled the pond to about six feet deep.

Just then, a woman arrived at the pond to wash her clothes. When she saw us, she shouted for the neighbors to come and help us. People came running and jumped into the water, dragging us out one by one. That day was a nightmare for me. At that time I didn’t know God, and I thought I had been saved by chance or luck. I had no idea that Somebody had already died to save me.

Many years later when I accepted God into my life, I realized that He had sent that woman at just the right time to save me. This story helps me better understand what the Bible says in Romans 8:5 about how Jesus came and died at just the right time when we were in sin. I don’t have to die because He already died in my place. What a great plan for the dying world! I thank God for His saving grace, not only for saving me from drowning, but from the second death.

My second story took place in February of 2007. At that time my parents were in the process of arranging and planning my wedding. I was working for Adventist Frontier Missions in Darjeeling, and I had to leave there to travel home to Jharkhand to prepare for my wedding.

On the way home, I stopped at the market in the bustling city of Siliguri, which is down the mountain from Darjeeling. After purchasing the items I needed for the wedding, I went to the bus station and boarded the express bus at around 7 p.m. As the bus drove into the night up the winding mountain road, I fell asleep.

Around 4 a.m., I was startled awake by a sensation of falling. Our bus had slipped off the road! As the bus rolled over and over down the side of the mountain, I closed my eyes and cried, “God, save me!” Suddenly the bus hit a tree and stopped. The driver and his assistant were dead, some people had been thrown out of the bus, and many were injured. There was so much chaos. It was very dark, we were far away from the nearest village, and there was no one to save us.

After struggling for a little bit, I was able to break out a window and help some women and children get out of the bus. We waited in the dark. Then, some people came running out of the darkness. Word of the accident had reached the far village. We thought they were coming to help us, but they just grabbed whatever bags and suitcases they could find and disappeared back into the night. They stole everything I had purchased for my wedding.

Finally, an ambulance arrived and took us to a hospital. Even though all my possessions had been stolen, I sensed that an unseen hand had saved my life. Eventually, I reached home safely. A month later I was married. Still, I asked God, “Why did You let this happen to me?”

He answered me saying, “I have a plan for you.”

My third story happened in April of this year. Every quarter, I travel down the mountain from Darjeeling to visit the Adventist section offices and deliver the tithe and offerings. The trip usually takes me about seven hours. On this particular trip, I got a phone call from my father asking me to meet him at another town. He needed some help from me. In order to reach our meeting place, I had to get off the bus I was riding and get on a train going in a different direction.

After several hours, I reached the station where my father was waiting for me. We completed our business quickly, and I boarded another train to resume my previous journey. An older couple was sitting beside me and chatting. They asked for a little water because it was a hot day, so I shared my bottle with them. I also drank some water.

About half an hour later, I became very drowsy and fell into a deep sleep. I was unconscious for 10 hours while the train rolled on. When I woke up, I discovered that I had been robbed. I had been drugged, and my bag, my phone, the offering money from our church, some other money for another church, my documents—everything was gone. As I groggily tried to get my bearings, other passengers started asking me what had happened and where I was going.

Just then, some Adventist friends from another city recognized me. They were very kind and helpful. They gave me 500 rupees and put me in a taxi to Darjeeling. With their help, I reached home safely.

For weeks after the incident, I couldn’t sleep well. I felt depressed. The loss of the church money caused me a lot of stress. My family, friends from AFM and brothers and sisters in the church all comforted me and prayed for me.

I complained to God, but He taught me that even though I had been robbed, He had saved my life. Despite these bitter things that have happened to me, I have seen His miracles and grace. I was robbed only of material things, but I am not robbed spiritually. No one can steal my faith in God. In problems big and small, I have seen His miracles. His power is awesome.

Though my path has taken me through the valley of the shadow of death, God’s mercy and saving grace shines like the sun. He is the one who saved me. And one day, He will explain to me how His own Son Jesus had to suffer more than I ever will. When I see Jesus on the cross, I never complain because I know this world is not my home.

Late 2006: Naresh and Sunil leave Darjeeling and take up other responsibilities.

January 2009: Naresh and his wife Madhu return to Darjeeling to do Bible work.

May 2011: With his family, Naresh moves to Pune to study theology at Spicer Memorial College.

June 2012: Lovitts and Wrights transition out of Darjeeling. Pranai Karal takes over directorship of DEC and helps run the church.

December 2013: Church renovations are complete, and the church is dedicated.

March 2014: Naresh graduates from Spicer. He and his family return to Darjeeling to pastor the church.

Present: Naresh continues to pastor the Darjeeling church and do Bible work in the surrounding area. He is now an employee of the SDA North Bengal Section. Pranai recently became CELTA certified and continues to run DEC, teaching English to locals and foreigners. He is a pillar of the church, which numbers 15-20 believers. DEC continues to provide opportunities for outreach and Naresh conducts Bible studies with interested students. Jared Wright continues to make trips to Darjeeling to encourage the believers and strengthen the leadership. Your prayer and financial support have helped to make this possible. Please continue to pray for God’s blessing in Darjeeling.