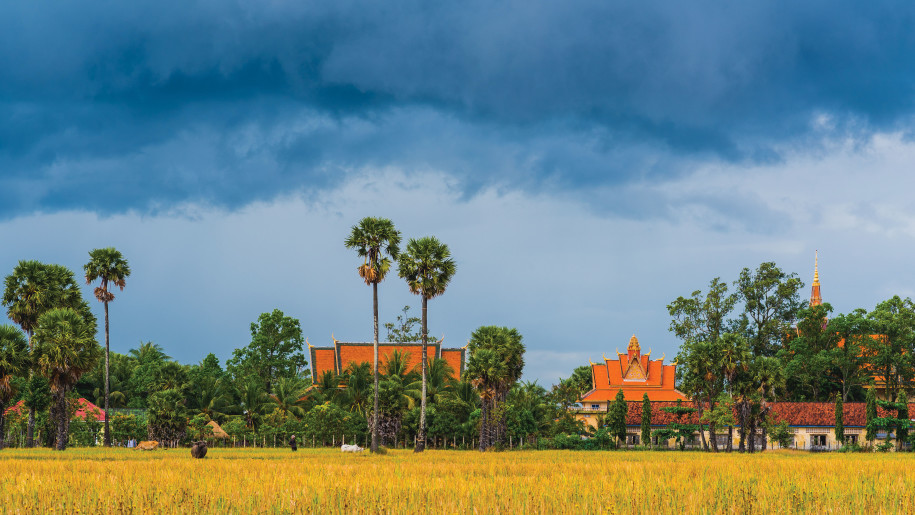 I finished washing the breakfast dishes and went up to the guest room where I had slept the night before. Opening my Bible, I spent some time reading and communing with God. I knew I needed this time in His presence to face the day. Yesterday was filled with anxiety over our teammate Aline’s health. She had experienced some very troubling physical symptoms, and I had stayed at her house that night in case an emergency developed. Now Jonathan was on his way, and we were planning to spend some time praying with Aline for wisdom about what to do next. Soon Jonathan arrived, and we talked together for a few minutes since Aline was still resting.
Meanwhile, at home, our 17-year-old daughter Hannah was struggling with what to do for her personal worship. Hannah gave her life to Christ several years ago and is actively involved in ministry. But recently life had been quite busy, and she felt like she was more distant from God than she liked. In fact, earlier that morning while at staff worship with Jonathan, she had confided to Jared, one of the SMs, telling him a bit about her struggle. She felt like she couldn’t focus and was frustrated in her attempts for spiritual intimacy.
Wondering how to move forward with her worship time, she decided to text Jared and see if he had any suggestions. A few minutes later he called her. As they talked on the phone, a dark presence appeared in Hannah’s room and invited her to change spiritual allegiance. “I don’t want to change sides,” she stated.

“Then I will make you!” came the reply.

Hannah doesn’t remember what happened next.

Immediately, Jared called and told us that something was wrong with Hannah, and we needed to hurry home and check on her. Jonathan hopped into the truck and headed home. A few moments after he left, I decided to call Jared back and ask exactly what Hannah had said to him. “She said never to pray for her again,” he informed me.

That was not like Hannah! Immediately I knew that this was a direct spiritual attack, and I sped off for home as well. As I drove, my heart cried out to God for help. I thought about all the people here who know the reality of spiritual warfare and live in fear and darkness.

Suddenly, I felt angry! How dare Satan attack one of God’s children like this? I also realized that this is what the Pnong face regularly, and this is the reason for so much of their fear. How dare Satan try to keep these precious people in darkness, away from the freedom they can have in Christ! As I continued to pray and claim God’s promises, I felt a deep sense of God’s presence, and I knew He was fighting for us.

When Jonathan arrived home, he found that Hannah had locked herself into her room. Sensing the seriousness of the situation, he kicked the door open, sending parts of the doorknob skittering across the floor. Hannah was sitting in the middle of the floor. “Don’t touch me,” said a voice unlike hers. Jonathan moved closer, and Hannah scooted away from him and into a corner. As he reached out to her, she threw herself backward. “Daddy, help me!” she cried out. I stepped through the doorway just as she threw her head back against the concrete ledge at the edge of her room. Jonathan pulled her away from the ledge as she convulsed. She reached her hand up to me, then Jonathan and I knelt over her and prayed while her body writhed. We rebuked Satan in the name of Jesus. Her body shook one last time and then relaxed. Hannah said she remembers hearing Jonathan and me singing “Jesus, name above all names,” and it was the most beautiful thing she had ever heard—not because we are great vocalists, but because of the freeing power she had just experienced in Jesus’ name!

Friends, Satan is alive and working overtime. He knows that his time is short, and he is watching for any possible opportunity to hinder God’s work and hurt God’s children. But we do not need to fear him. Jesus is ready to fight for us! He has already won the war, and Satan cannot remain in His presence. Abide in Him. Claim His promises for protection. Put on His armor. Surround yourselves with friends who love Him, too.

This incident was the most blatant spiritual warfare we had ever experienced. But the story wasn’t over yet.