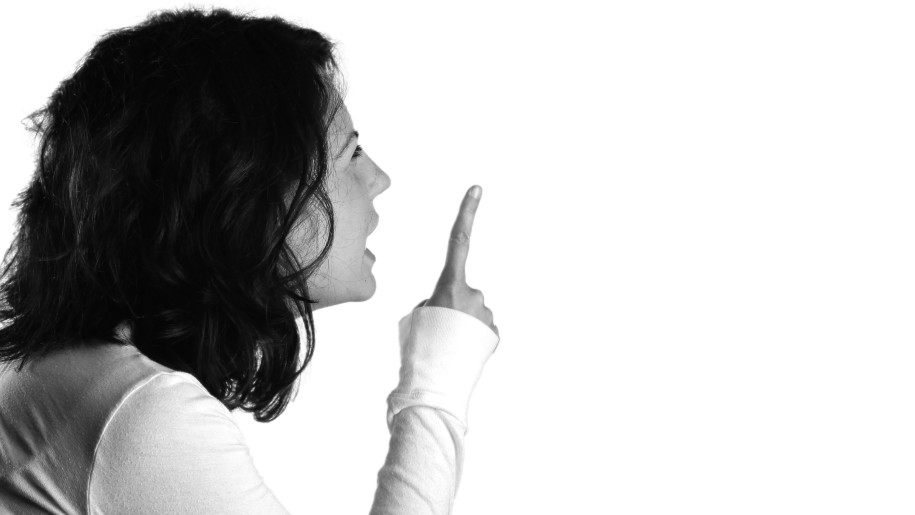 Why am I here, Lord? I whisper in my heart. Every day, I try to balance budget numbers, arrange schedules and work on improving curriculum. I deal with angry parents and staff, and I settle disputes between students. I apply bandages to scraped knees. I take inventory for the school store and order more uniform shirts. I scramble to find replacements for absent teachers and pull my hair out when the school vehicle breaks down right as it’s time for kids to go home. I get up at the crack of dawn and return home after dark. But why am I here?

After all, Lord, I have no expertise as an interim school principal. I’ve always been a stay-at-home mom whose only relevant job experience was homeschooling my kids. I didn’t even know how to use a spreadsheet before I came here, or QuickBooks accounting software either. Now I use them every day.
People have always liked me, Lord. I’ve never been one to stir up trouble. In fact, I usually go to the opposite extreme.

Images of angry eyes flash into my memory. A shaking finger points at me as sharp curses echo in my mind.

It all started when some teachers brought to my attention that a student’s mother, Sali, was selling food to students at lunch. Our school has a rule against that. She was being very stealthy about it, and I looked the other way for a while. But when some of our staff confronted her, she became belligerent and told them that I had given her permission. At that point, I knew I had to step in. As kindly as I could, I reminded Sali of our school rule and asked her not to sell here anymore. But she pushed back, angrily shouting insults and calling me a communist.

A couple weeks later, Sali’s sixth-grade son climbed up the window bars, pushed up the drop ceiling and crawled inside. The whole class witnessed the stunt, and it wasn’t his first time. But this time, the ceiling collapsed. No one was hurt, but the damage looked bad enough. Our school also has a rule that students pay for malicious damage. I cringed to think of having to deal with Sali again. Lord, give me wisdom and soften her heart! I prayed.

Sali was called to discuss the ceiling incident. She came but refused to speak to me. She went to other teachers and told them that the damage was not her son’s fault. It was the school’s fault because the ceiling was weak, and she wasn’t going to pay a cent.

As our team discussed the matter, the point was brought out that it wasn’t about the money. The ceiling had cost only about nine dollars to repair. It was about character building and teaching responsibility. We agreed that if the family couldn’t pay, then the boy could work for 45 minutes after school for five days to pay it off. But how could we convey this to Sali? She wouldn’t talk with me. One of our staff members who knows Sali volunteered to call her and ask her to come talk with us. Sali replied that Greg and I should go to her business to discuss it. Later, another staff member told me Sali had called her and said that if we came to her business, she would shout at us in front of her customers. To make a long story short, we went, Sali shouted and we left.

The days and weeks that followed were punctuated with angry messages from Sali and frequent harassing calls on the school phone. She had decided to take her sons out of our school, and they needed a transfer letter and their school records. We charge a $1.25 fee for this, which is less than even the public schools charge, but Sali insisted we hand over the documents for free. I stood my ground.

Then one day a text from Sali was forwarded to me. She had messaged some former missionaries complaining about what a terrible principal I was and that I had tried to beat her son. She attached a video she labeled “Pastor praying over my son.” In the video, four people were chanting and speaking in tongues as they wiggled their fingers and swayed back and forth. Three of them were foreigners like us.

As I watched the video, a cold chill ran down my spine. Two of the ones speaking in tongues were a couple who had been attending the SDA church in town for months. A realization swept over me that this trouble wasn’t just about me. Our church and school were under satanic attack. In the next couple weeks, this realization was confirmed many times over. Later we found out that the same people who had “prayed” over Sali’s family had showed a video in church one Sabbath about a faith healer. After the video, one of them began speaking in tongues. The other three joined in, and soon one of them fell to the ground. Then others began doing their strange chanting prayer over the man. Then they asked if they could pray over our Bible worker (who serves as the church pastor) and his family. He refused.

Then the group went to the house of one of our church members whose husband is terminally ill and bedridden. They “prayed” over him, but when there was no miracle, they commented that miracles happened when they prayed in non-Adventist churches, so Adventists must not have the Holy Spirit.

The church planter and his family had been helping the couple from this group do a Sunday ministry for Pnong children in which they handed out clothes and shoes, told Bible stories and played games. But just in the last week, for the first time, the couple started calling on the sick to be healed. They would speak in tongues, and the people would fall over with someone behind to catch them. They asked the church planter’s wife and another school staff member to help them catch people slain in the spirit, but they refused.

Because of all of these strange happenings, people in the church were talking about speaking in tongues and faith healings, and confusion was taking root in some minds.

The church planter’s wife told me that the words the group would say over and over when they chanted sounded like the Khmer word that means “to cause conflict or controversy.”

The following week, new conflict broke out. Some of the school staff became angry with each other. The air was thick with jealousy and suspicion. One staff member in particular became very angry and defiant to me. My stress levels went through the roof. “How long, Lord?” I prayed again with tears streaming down my face. “I don’t know how long I can take the stress!”

A still, small voice seemed to say, “Come to Me, Molly. You labor and are heavy laden. I will give you rest. Take My yoke—it’s easy. And you will find rest for your soul. You are in the refiner’s fire, but I promise you won’t be burned because I’m with you. I have a purpose through all of the conflict and stress. I’m training you in My school of affliction. I’m using you and your family in the battle with evil right here in My church and school. Trust Me, wait on Me and watch what I’ll do! The battle belongs to Me, not to you. I AM.”

Rest in Jesus. How easy it is to say, and how hard to put into practice! As I continued to wait on the Lord (maybe not so restfully), I began to see Him working in unmistakable ways. For example, Greg had opportunity to mentor the local Bible worker. Also, just as things were coming to a head, our student missionary, Jader, was scheduled to have staff worship at the school. He was unaware of the above happenings, but he chose the topic of speaking in tongues! Though English is his second language, and it then had to be translated to Khmer, his message was simple, clear and easy to understand. The next day, I was scheduled for worship, and I asked Jader if he could finish his topic since he had run out of time the day before. I sensed the presence of the Holy Spirit, and I could see by the expressions on the faces of the staff members that they were listening attentively. Satan’s schemes were being thwarted.

What’s more, the controversy had an amazing effect on the church members. Rather than discouraging them, it motivated them to study their Bibles, and God strengthened their faith and Bible understanding.

And Sali? She sent her brother to pay for the school records, and the harassment stopped.

Earlier, when it was my turn to lead staff worship, we had spent time reading Bible verses about loving our enemies and doing good to those who hate us. We divided into groups to pray specifically for Sali and her family. We are still praying for future opportunities to show her Jesus’ love.

And the angry staff members? That story is still in progress. But I know that God is in control of this one, too.