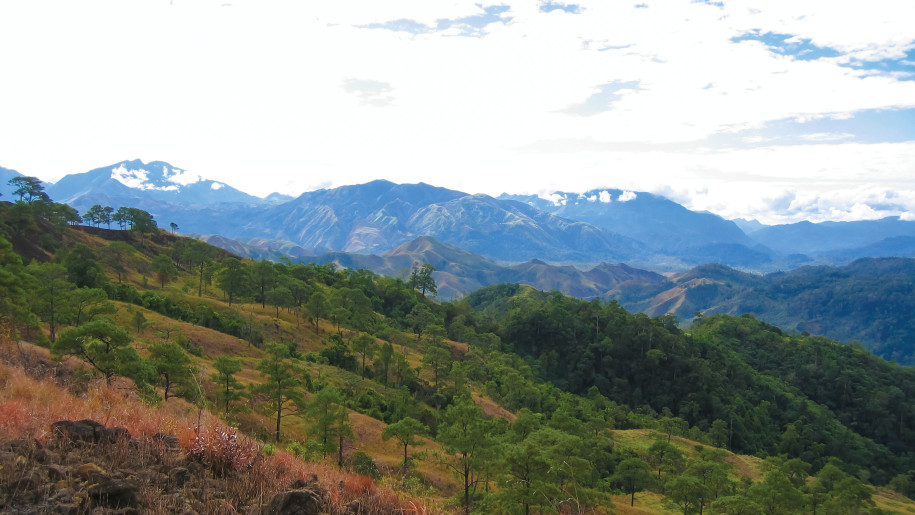 Tears flowed freely down my cheeks as I walked down the mountain from Balangabong. “We’ve made it, Lord! The entire Tawbuid team working together has made it to this milestone. Our prayer partners, our financial partners, the AFM office, and those of us physically present with the Tawbuid have each done our part to reach this unreached tribe. Above all, and through all, You have worked to bring us here.”

Friends, the Tawbuid Project has officially entered the phase-out stage! We never could have made it here without your involvement. Thank you so much for being a part of the team to reach the Tawbuid! The project is not yet finished, but we have reached a major milestone, and it is time to celebrate and praise God!

So, what is phase-out? An AFM project progresses through several stages, starting long before a missionary arrives at the project. There are numerous prelaunch activities, then learning language and culture, active evangelism, and leadership training. However, there comes a point in every project when the people have been trained and they begin to take over the work of the AFM missionary. They are young and inexperienced in their faith. They still need mentoring. However, they also need some space and independence to make the mission their own. Similar to teenagers going off to academy or college, it is time to give them some room to make their own decisions. But just like a parent, the missionary is always available and regularly visits to guide and encourage. This is the stage we have reached with the Tawbuid.

The Balangabong church itself continues to expand. They are actively working to plant at least three more churches among the highland Tawbuid and in the Buhid tribe. Twenty-one people were baptized this July in the river near Balangabong. Each of the church plants among the four tribes we work with have regular baptisms as well. However, there is too much going on in too many different places for me to keep track of it all.

When my family left the Alangan tribe in 2002, three mother churches had been planted, and they had just planted a daughter church. As my family continued to mentor the Alangan through the years, and now as they have partnered with the Tawbuid in our training and church-planting programs, the number of churches has grown to 15.

Combined, the work among these four tribes over the last 25 years has resulted in more than 25 churches being planted with approximately 1,500 baptisms. More than 150 native leaders have been trained and mentored who, in turn, are training the next generation of leaders. The work continues to grow!

Our work, as the Tawbuid team is not finished yet, however. Many times I have observed that Satan tries to take advantage of the transition at this stage to attack. It is an exciting time as the native leaders are on fire for the Lord, and the work is progressing. But as the missionary steps away from being present in the village full time, Satan often tries to take advantage of the situation by eroding people’s confidence and sowing discord and jealously.

I want to be very careful and stay as involved with the project as possible to prevent this. However, they do need room to grow, so please, please join me in praying for God to protect them, and for the Holy Spirit to put them on guard against Satan’s deceptions!

So, what will I do now that I won’t be living full-time in the village? For nearly three years, Philippine Frontier Missions (PFM) has been dialoguing with AFM about a possible partnership. PFM was started by a Filipino Theology student who served as a student missionary on AFM’s very first project. AFM and PFM have worked closely together over the years and have very similar approaches to frontier missions.

Over the last several years, I have assisted PFM by teaching classes and consulting with them as time permitted. As the Tawbuid Project started to enter the phase-out stage, it was agreed that my experience with both organizations could prove beneficial to a formal partnership.

As a result, PFM and AFM have signed a partnership agreement and have asked me to serve as PFM’s director for the next few years. I am still a full-time AFM career missionary. With this new partnership, however, I will be able to continue training and mentoring the Tawbuid while also helping PFM to start church-planting movements among unreached people groups all across the Philippines, and even internationally.

I hope and pray that you will continue to be part of this team as we persevere in guiding the Tawbuid while partnering with PFM to expand God’s work across the whole of the Philippines and beyond! We have reached a major milestone, and it is right to celebrate. But rather than the end, this milestone marks the beginning of an even wider mission.

Again, thank you, thank you for your support over the years! None of these great things could have been accomplished without your help. Our work has grown beyond the just the Tawbuid tribe. It has entered four unreached people groups on the island of Mindoro, and now it is beginning to grow to encompass the entire Philippines. Praise the Lord with me!