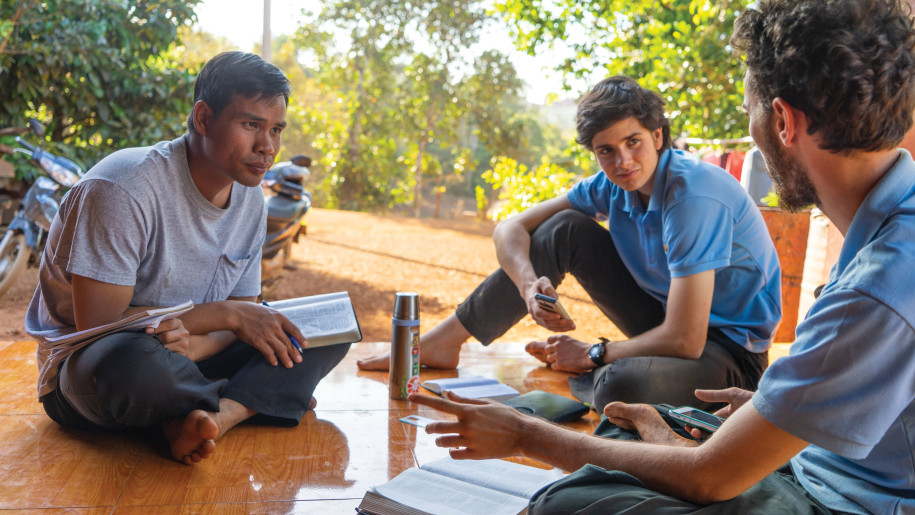 Many young people wonder if there is a certain sign or achievement that signifies they have reached adulthood. Not a few have entered into their 40s or even 50s still subconsciously pondering this question. One problem seems to be that modern, westernized cultures have set aside the coming-of-age rituals that historically ushered children into adulthood. I have heard of African tribes where young men went out with only small knives in pursuit of a lion’s mane. In ancient Jewish society, young men didn’t face a ritual ordeal, but their bar mitzvah at age 13 marked them as adults legally responsible for their actions and the instructions of Moses. Modern cultures simply don’t have such a sign. This lack of clarity leaves young people wondering for years whether they have made the cut. Also, parents are left with no clear guidance about how much responsibility to entrust to their children.

Of course, childhood and adulthood are not just two binary states. There is a continuum. What makes one person more of an adult than another? I think of maturity as ownership or responsibility. Those who choose to do something and do it well are held in esteem. Such people take ownership of the task, career, or role in which they find themselves. Taking ownership is a powerful thing. It often means struggle and even pain. It also means setting goals and allowing oneself to be judged by whether those goals are achieved.

This is where serving as a student missionary enters into the discussion. Student missionary service is a period of time—often a year—when young people take a step back from being coddled by parents and colleges and learn to adapt and thrive in a new and challenging context. At the end of a year, though they probably won’t bring back a lion’s mane, they will return with a tangible sense of having matured through taking ownership of a key role and accomplishing something of value.

I arrived in Cambodia at my remote Pnong village with very little idea of what I would be doing. However, it soon became apparent that I was the most qualified spiritual leader within an hour’s travel in any direction. My first several weeks were a scramble of brainstorming and planning, but I soon settled into my role of teaching and giving Bible studies. The work is not easy, and it continues to shift and change daily. But I am blessed to see it bearing fruit all around me.

I faced other challenges along the way, too, such as learning the language and becoming a competent motorbike driver. I still get laughed at as I try to grasp what people are saying to me, and I get a lot of blank stares when speaking to people, but little victories make it worth it. Just this week I was able to read and understand my first full sentence written in Khmer script. In small ways every day, I am taking new ownership for myself and for the Kingdom.

As members of Christ’s Kingdom, we must seek first to establish His kingship in everything we do, taking hold of this broken world through His power and transforming it. When our Master returns in the clouds of glory, may we offer Him a 100-fold increase on what He has entrusted to us.