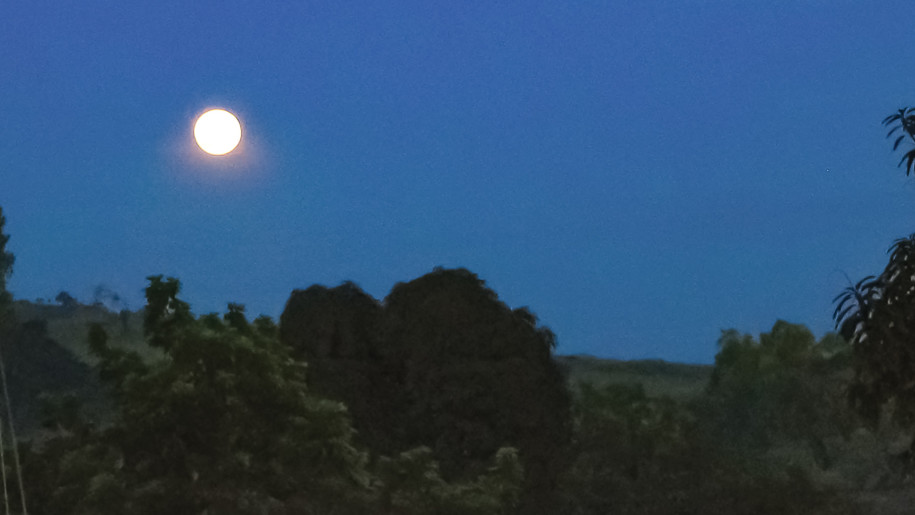 Elmire and I have noticed that every time we are absent from our mission field, Satan tries hard to make things go wrong and overwhelm us with sorrow. We believe most missionaries can relate to this.

Our family has been away from our mission field for three furloughs since we launched in November 2006. Each of these furloughs lasted at least three months. When our first furlough time came in 2009 we had just completed our culture study and our outreach strategy during AFM’s Phase-Two Training. A year later we had our first converts, and in July 2011 we baptized our first three members. By the time we left for our second furlough in June 2012, we had 17 baptized members and about 10 interests attending our programs. During each furlough, trouble seemed to multiply back in Benin.

By the time of our 2015 furlough, we had more than 100 baptized members worshiping in three different groups. Again while we were away, it seemed that most of the news from Benin was about problems—financial difficulties, leadership conflicts and tensions among new converts. However, we were encouraged as we saw signs of maturity among the local leaders. Our first converts were now four years in the faith, and most leaders had been with us at least two years. So we were very thankful when some of the leaders told us not to worry and promised to take care of the problems.

This year I have been away from the Dendi Project for four and a half months of doctoral studies at Andrews University and helping with AFM training. Elmire and our children remained in Kandi during this time. With the local leaders, Elmire coordinated activities in our four groups. As usual, it seemed that trouble struck while I was away. Some of the local leaders were not pleased with Elmire’s leadership because she is a woman. This was solved when the oldest and most respected church elders officially encouraged and supported her leadership.

But Satan did not give up. One morning Elmire called to tell me that Cenagi was in jail. Cenagi and his wife are among our newest members. In May 7 this year they were among the four people I baptized before leaving for the States a few weeks later. Brother Cenagi had a debt before joining the church that he was planning to pay. Unfortunately, just a month after his baptism, his business partners who had been patient for a year decided to put him in jail. To make things worse, his detention was prolonged when his court date was delayed three months because of a strike among judges in the country. Brother Cenagi was released later when someone guaranteed to pay back his debt. Today he is angry at the church because he believes he did not get the support he needed. He and his wife now have nothing to do with the church or its members. Elmire has tried to reach out to the wife, but Cenagi has warned his wife not to speak with any church members. Please pray that God will give us wisdom in how to minister to Cenagi and his wife.

The enemy struck again just one month later. “Brother Nesra is in jail,” Elmire told me. He has been a church member since February 2013 and has a Muslim wife. He is a high school physics teacher, and it came to light that he had been having intimate relations with a 14-year-old student, and she was now pregnant. Elmire and I were devastated at that news. But Elmire was most affected because she was very close to Brother Nesra’s wife. As a Muslim, her view of the church and our faith had certainly been damaged. Please remember her and her husband in your prayers and please pray for us as well. We are deeply grieved.

I was still digesting this tragedy when, exactly one month later, Elmire called again with more sad news: “Brother Neoitan is seriously ill and has been taken down to the big town in an ambulance. He can’t breathe without an oxygen mask, and he has no money.”

As I write this article, it is August 23, and brother Neoitan is still in the hospital. He joined the church in May 2014, but before that he had smoked for 30 years. He is in his early sixties, and doctors say his lungs are heavily damaged. He is our head mason in charge of building our new church and the workers’ housing. Please remember him in your prayers.

We know that God holds everything in His hands, and He is ultimately in charge of the work in Kandi. Yes, we have spent 10 exciting years of our lives in that mission field, but “We are unworthy servants; we have only done our duty” (Luke 17:10). That is why Paul says in 2 Corinthians 11:30, “If I must boast, I will boast of the things that show my weakness.” So we entrust the future of our mission field to God. He was the first to reach out to our people, and we were just instruments He chose to use to accomplish His plans. He knows Satan’s plan, and He alone has the power to stop him. Thus, as we look at some of the sad events happening in our mission field just a few months before we hand over the project to the local mission, we humbly thank God for the opportunity to continue to intercede for the Dendi people.

When our Lord Jesus Christ was in the garden of Gethsemane, which Mrs. White calls the garden of “awesome struggle,” we are told that “He prayed more earnestly: and His sweat was as it were great drops of blood falling down to the ground” (Luke 22:44). Mrs. White says, “Never before had Christ’s disciples seen their Lord and Master so utterly sad.” One author comments that the words used in Matthew 26:38 “denote the most entire dejection, amazement, anguish, and horror of mind; the state of one surrounded with sorrows, overwhelmed with miseries, and almost swallowed up with terror and dismay.” But our Lord also showed “his perfect readiness to bear the load of his sufferings; he was willing to submit to all for our redemption and salvation.”

By the grace of God, we shall overcome together the “bitterest cup which God puts into our hands.” Thank you for your support and prayers all these years. We look forward to having you again as team members in our next mission journey. We will keep you posted. God bless you abundantly.

Being sorrowful is the sad gaffing and sometimes people get sorrowed due to some reasons. In order to get full refreshment best dissertation review is helping all the common students for getting the relief here.