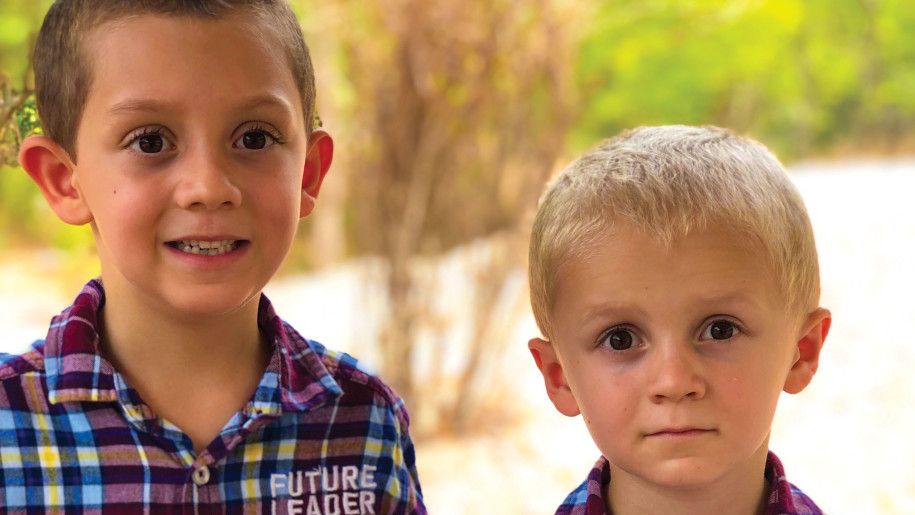 “Justus, what did you draw?”

“And Jon Marc, what did you draw?”

“This is Pi Ming’s daddy and a house I drew for him. I also drew some flowers and a heart because I love him.”

On March 31, Teacher Ming’s father, Mister Wiroj Srisai, passed away at the age of 77 while at home with Ming. We have known Wiroj for a few years now, and last year he came to our home with his two daughters, Ming and Mod, to celebrate Christmas with us. Wiroj enjoyed spending the holiday with us, and he especially appreciated Justus and Jon Marc’s energy and enthusiasm during our gift exchange.

Sadly, due to restrictions on public gatherings because of COVID-19, Justus and Jon Marc could not attend Wiroj’s funeral. What was even more disheartening was that Teacher Ming’s younger sister, Mod, who is a student at the Adventist university in another part of Thailand, could not come to the funeral either because of travel restrictions.

We planned with Mod for Justus and Jon Marc to draw pictures of her father to place on his grave until Mod can return home to Ubon. Then we will all go together to place a permanent placard with Wiroj’s picture and personal information on his headstone.

We were proud of how Justus and Jon Marc showed their love for Ming and Mod when their father died. In Thai culture, it is important to come alongside friends and family to show support when they are grieving the loss of a loved one. Justus and Jon Marc reminded us that kids have an important part to play in ministering to others, even in times of sadness.