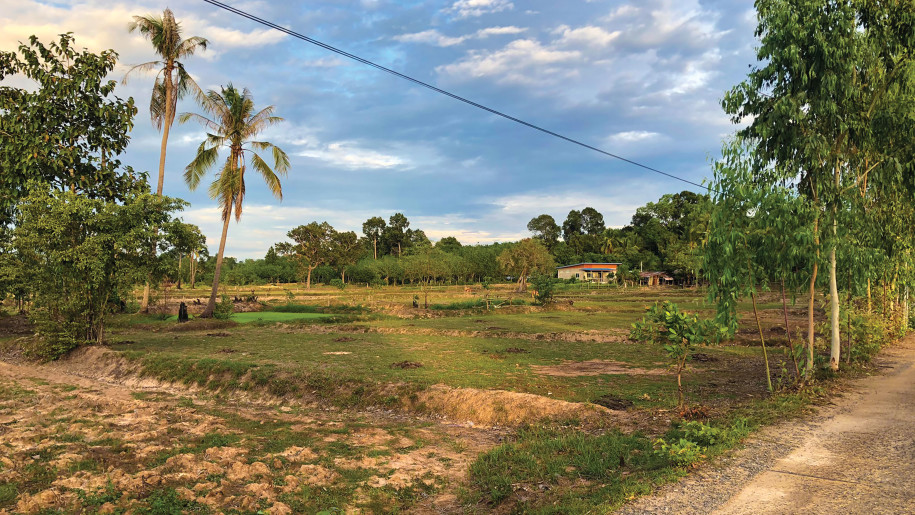 “Hurry! Quickly! Call the ambulance. She’s having her baby in the bathroom right now.”

The grandmother called for help as she rushed out of the house and past us down the road to find the village health worker.

We were visiting children around the village this Sabbath morning, going from house to house and reading them Bible stories, when we heard the commotion inside the house we were passing. The sandy ground in front of the home was littered with discarded medical masks, glass bottles, and empty snack wrappers. In her haste to find help, the grandma had left the front door open. We could see through the front living room, through the kitchen, to the open door of the bathroom at the back of the house. A young woman was squatting on the rough cement floor next to the toilet. Barely five months along in her pregnancy, she had gone into labor prematurely. Her child, still in the placenta and connected by the umbilical cord, was lying on the floor between her feet.

Teacher Ming and Teacher Tan immediately rushed inside to help the young woman. Two other aunties were already at the woman’s side. Teacher Ming learned that the woman had just delivered her child minutes before we arrived. She asked the woman if we could take her to the hospital, but she and the other aunties were too afraid to move the baby. The village health worker arrived moments later, phone at her ear, calling the nearest hospital to send an ambulance. More neighbors arrived on the scene until there was a small crowd.

While we waited for the ambulance to arrive, I sat on a low, wooden table in front of the house playing with the young woman’s four-year-old son. We regularly read storybooks and play games with him and his classmates at the local preschool. He was a bit agitated by the crowd but oblivious to the reality of what his mother was going through inside.

About thirty minutes later, the ambulance and paramedics arrived. Sadly, there was nothing they could do to save the child. As the paramedics moved the young woman out of the house on a gurney, her father arrived home. As the young woman was taken away in the ambulance, another relative informed the father what had happened. He didn’t show any emotion, and he didn’t say anything in response. Immediately, he started cleaning up the trash in front of the house and raking the dirt.

I watched him clean for a few minutes, praying silently for him while still holding his grandson on my lap. Then, he turned and made eye contact with me. He started to choke up, fighting to hold in the tears.

The LORD is close to the brokenhearted; he rescues those whose spirits are crushed. (Psalm 34:18 NLT)

When the young mom returned from the hospital, we visited her and her family, taking a supply of nutritional milk (like Ensure, but specially formulated for moms) and some activities for her son. Her parents seemed to greatly appreciate our visit as well. We look forward to deepening our relationships with them.
Please join us by pledging your support so that we can continue to come alongside and care for the kids and families here in Thailand.