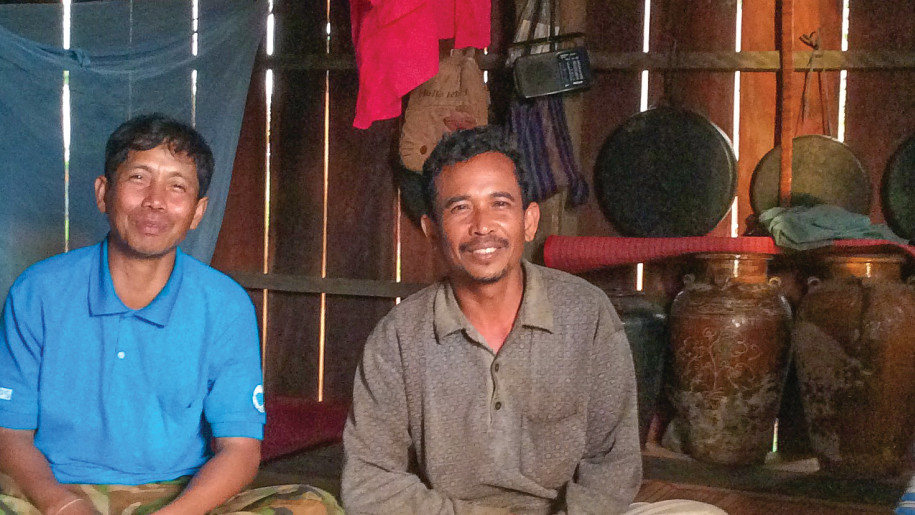 When I was nine years old I knew I wanted to work for the World Wildlife Fund (WWF) when I grew up. For the next 10 years, working with animals was pretty much my plan. My childhood heroes were Jane Goodall and Steve Irwin because they were so knowledgeable about animals and truly loved them. When I heard that Steve Irwin had died, I cried. In high school, my career goal morphed from biologist to marine biologist to zoologist.

In my senior year of high school I was setting my course to become a zoologist when, over Christmas break, I watched some YouTube videos that changed my perspective. I watched some clips of Steve Irwin and people talking about his dedication to saving animals. I also watched the last concert of Rich Mullins and a video of people talking about his dedication to saving people. Here were two men who gave their lives to causes they believed in, and it made me stop and think: which life do I want to pattern mine after? One had spent his whole life living for animals. But at his death, no animals grieved for him. The other had spent his whole life living for others and was greatly missed by those he helped. I also realized that this world isn’t going to get better before Jesus comes, so saving animals is a losing cause. Jesus promises that the gospel will be preached in all the world, and then the end will come. So, I reasoned, saving people will hasten Jesus’ coming, which will end the pain, suffering and destruction of this world, and both people and animals will live in a perfect new earth.

From that point on, I started to look for a career with which I could support myself in areas where missionaries can’t go to help people learn about the love of God. I haven’t found what I’m looking for yet, but through the journey of searching I ended up working on a degree in religion with an emphasis in faith and culture. With this degree, I had to spend a year as an international volunteer, which I had long wanted to do anyway. Through a series of events I ended up being matched with the AFM Pnong Project. At first I didn’t want to go to Cambodia, but after talking with some people and praying about it, I realized that God was leading me there.
During my first week in Mondulkiri, I saw an SUV with the WWF logo on its side. There is a lot of illegal cutting of old-growth jungle here, driving some animal species to the edge of extinction. Perhaps that is why the WWF is in the area. I laughed to myself as I realized that I was exactly where I had thought I would be when I was nine years old.

But the longer I stay here, the more I realize that there is a greater tragedy unfolding than wildlife extinction. The Pnong people used to live secluded lives in the jungle. Seventeen years ago, it took 24 hours to travel from Phnom Penh to Mondulkiri. Now it takes only six hours. Better roads now bring many tourist and Khmer people to the area. The Pnong are losing their culture. This might be good if they were losing their superstition and fear of the spirits, and being changed by the love of Christ, but that isn’t what is happening. The Pnong are being marginalized by the majority Khmer society that values their beautiful handcrafts but not their people. In town, people can buy Pnong scarves or schedule a ride on a Pnong elephant. There is a waterfall nearby where people can dress up in traditional Pnong outfits and have their picture taken in front of the falls. Exploited by the Khmer to get what they want, many Pnong people now focus on exploiting tourists to get what they want.

Living in a Pnong village gave me a firsthand view of what I finally decided was most important—people in need of their Savior. I don’t know where God will lead me next, but I do know He will continue to bring me into contact with people who, without His love, would be forever extinct.