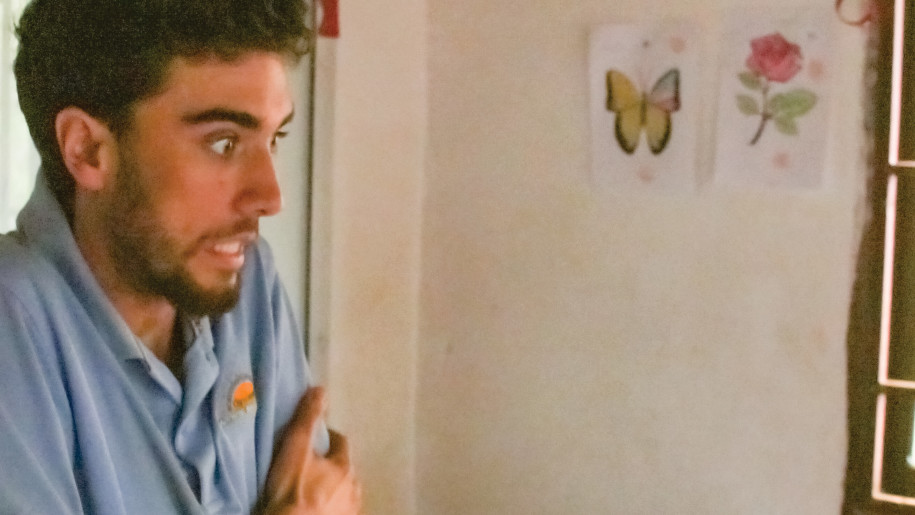 When I was a child, I was a compulsive liar. I didn’t often lie to my parents or my enemies, but to my friends. The reason for this habit was twofold. First, I was (and still am) a storyteller. Second, I wanted attention (a characteristic common to storytellers).

This went on from my second-grade year to my fourth-grade year without any sign of my friends’ gullibility decreasing. I might have continued this bad habit to this very day if my dad hadn’t taken me for a walk up by the church one afternoon. During that walk, he told me that he had received a phone call from one of my friend’s mothers. I would be lying (which would be rather ironic given the story I’m telling) if I said I could quote my dad verbatim, but I do remember him telling me in no uncertain terms that if I did not stop lying to my friends, I would lose them. They would stop trusting me, they would start resenting me, and they would label me a liar. This had never occurred to me, and I was petrified at the thought. Immediately, I made a pact with myself to never lie again.

Of course, I broke that pact plenty of times since then, but it began my transition into a more honest person. However, the damage had been done, and it was several years before my friends would trust me again.

Because of my bad experience with lying, I have a deep desire to keep my Cambodian students truthful. Whenever I hand out a test, I clearly spell out the consequences of cheating. Nevertheless, I still have students attempt to do so from time to time. Just this last week, I caught a student copying his spelling words onto the test from another piece of paper (which, ironically, mostly contained misspellings).

Before I tell this story, though, I need to tell you about my second-grade class. Imagine trying to teach spelling to a group of little people who are randomly plugging their ears, doing handstands, punching each other, and climbing under or on top of their desks. It’s not that I don’t enjoy teaching them (though that’s true at times), it’s more that I don’t enjoy being ineffective at it. In fact, if I were to identify the 10 lowest points in my mission work so far, they would all take place at the same time—10:05 a.m., when my second-grade class ends, and I can often be found staring at the wall in despair.

One such moment came on a recent Thursday morning. We were having our bi-weekly spelling quiz, which I had rigorously prepared them for throughout the previous two days. I made them jump around while reciting the spelling of each word, write each word 10 times on a piece of paper, and test their memories by writing the words on the board. Feeling they were prepared, I was ready to hand out the quizzes. But first I delivered my customary warning: “No cheating. If you cheat, what happens?”
“We get a zero,” they repeated in Khmer.

About five minutes into the test, I felt a tug on my sleeve. “He’s cheating!” said a girl, pointing at one of the boys. Sure enough, he was copying words onto his quiz from a small piece of paper. Seeing that the whole class had been made aware of this treachery, I knew I had to deliver swift justice to send a message. I promptly took the boy’s test and dropped it in the trash. Then I told him to stay in his seat while I let the others out for recess. To my irritation, he only gave me an amused smile.

The Khmer teacher walked in. “What’s he doing in here?” he asked.

“He cheated on his test,” I said, my arms folded.

The teacher looked at the student. The student returned his stare. Then the teacher muttered something in Khmer. The boy went from cocky defiance to uncontrollable sobbing in one second flat.

Shocked at the sudden transformation, I asked the teacher what he had said.

“I told him I was going to tell his mom,” he replied.

I let the boy cry for a minute while I thought about what needed to be said. I then asked the teacher to translate for me in Khmer. “Do you understand why we don’t want you to cheat?” I asked the boy.

He shook his head.

“We give you tests because we want you to learn. If you cheat on the tests, there is no way for us to ensure that you are going to be successful.”

The boy said nothing.

“Does that make sense?”

“We want you to be successful, and we need you to be honest with us. Understand?”

“Now, I am not going to contact your mom because I am confident that you will not do this again. However, if you do choose to cheat again, we are going to have to talk to your parents. Is that fair?”

This time he nodded eagerly.

I then let him go outside. He had occasional fits of sobbing for the rest of the day.

At the end of the week, I allowed him to retake his test. We left him alone in the classroom for a few minutes to see what he would do. Sure enough, he took the test with total integrity. Not only that, but he volunteered to stay inside for recess so he could complete the test.

Teaching this class of second graders has made me more conscious of my pride and impatience. I’ve noticed that I tend to vent my stress by dwelling on their faults without recognizing that my own flaws are often exacerbating the situation. In general, this mission experience has helped me realize that it is very easy to criticize and judge others without thinking to walk in their shoes or look in a mirror.

I say I was a liar when I was a child, but I have to admit that part of me hasn’t changed as much as I would like. Now I mostly lie to myself. It is so easy for me to deceive myself into believing that I am better than someone else. I have therefore resolved, as Oswald Chambers wrote, to “make a determination to take no one seriously except God.” After all, “you may find that the first person you must be the most critical with, as being the greatest fraud you have ever known, is yourself.”

Oh, and, by the way, that student who cheated on the spelling test? He went on to get a perfect score on the retake. I’m a proud teacher.

Anthony,
What a beautiful message!  I am thankful that that walk you and I had up behind the church made a difference and it is a blessed privilege to see you teaching the virtues of honesty and integrity to other’s lives now.
Love,
Dad