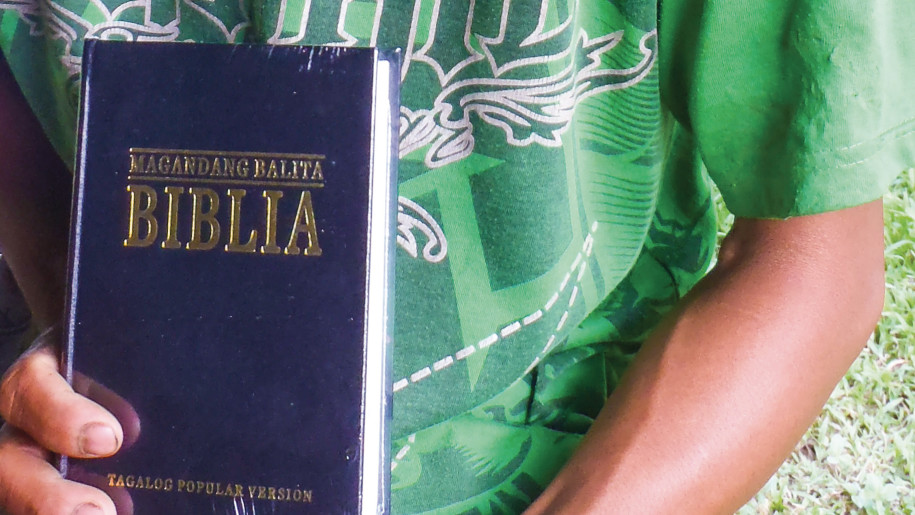 I can save you! my heart cried. Please, won’t you let me save you?
Despair stained the young man’s face as he stared down at the dismal expanse of mud beneath his hammock. For four years, Robinson had bounced from highland shaman to shaman, giving everything he had in exchange for empty promises of healing. Finally, in a last desperate attempt to live, he had come to the lowlands where he heard about me.
“I have good news and bad news,” I said after examining him. “The bad news is your spinal tuberculosis has most likely caused permanent damage by this point. Your back will never be straight again. The good news is that I can treat the tuberculosis. It will take over a year of treatment, but you can be well again. You can live.”
As I spoke, for just an instant, hope flashed in Robinson’s eyes—brilliant, life-giving, heart-melting hope. But then an even darker despair settled over him. He was still in the grip of a shaman. This shaman was boiling mad that I was there, and Robinson knew that if he left the shaman’s treatment, he would send his spirits to kill him. For the first time in Robinson’s life, hope was within reach. Not just hope of physical healing, but of true freedom. But he couldn’t let go of his fear. Stronger than any chain, it held him fast.
As I slowly walked home that day, I could almost hear God crying with me, calling to the lost of the world, “Won’t you let Me save you?” But there was nothing more I could do. Thankfully, God wasn’t so easily stopped.
For the next two years, Robinson continued to hobble from shaman to shaman. At one point he convinced a shaman to take him to the hospital. Since it wasn’t a Christian hospital, the shaman agreed. However, our dismally

inadequate district hospital misdiagnosed Robinson, and his health continued to deteriorate. Soon his tuberculosis had so weakened his vertebrae that they began to crumble. Pressure on his unprotected spinal cord paralyzed him from the waist down. The caustic concoctions that the shamans fed him caused him excruciating pain but did nothing for his disease.
Like the Israelites under bondage in Egypt, Robinson’s cry must have come up before the Lord. When yet another shaman gave up in failure, the Lord led him to transfer Robinson to a rather unique man by the name of Eddie. Both Eddie and his wife were shamans and well known throughout the highlands.
After treating his new patient for a few months, Eddie realized that this disease was beyond his ability. But unlike Robinson’s earlier shamans, he was willing to admit his limitations. “Brother,” Eddie said, “I realize now that there is nothing I can do for you. In fact, I myself am very sick, and I can’t heal myself. I think you should try to find someone else who can help you.”
Robinson’s heart leapt. This shaman was freeing him! But then his face fell. But I can’t walk, he though. Would he come? If I could get a message to him, would the white man would come and help me? Surely he would. He promised me the first time that I saw him that if I ever changed my mind and wanted his help, he would come.
Turning to Eddie, he asked, “Would you call the white man in Balangabong for me? Maybe he will forgive me for being so afraid before. I know he can help me.”
So it was that on yet another gray, rainy day, two years after my first encounter with Robinson, I walked into shaman Eddie’s little hut. It could have been a scene from a documentary on the plague. Bodies were scattered around the filthy floor. Bugs buzzed hungrily, and the stench threatened to lay me low as well.
On closer examination, I found that everyone in the hut was still alive, if only barely. Two adults and two children were dying of measles. Others were hacking their lungs out in the corners. Their doctor, Eddie the shaman, was doubled over in pain from a kidney stone. Only Robinson seemed in good spirits. A shy smile stole across his face. He wasn’t staring at the mud beneath his hammock this time. Instead, he seemed fairly bursting with excitement. He was ready to leave this place of death.
Before treating anyone, I had to consult with Eddie. The haggard shaman was ready to admit defeat. “Please help me!” he begged. “I’ll do whatever you ask. I know lots of influential highlanders. I can bring them to you.”
“I will help you,” I promised, “but on one condition: As long as I treat you, you must have nothing to do with any type of witchcraft.”
“Absolutely,” he agreed. Then, walking over to his patients, he started to address them. “Brothers,” he said. “I am sick. Both my wife and I have tried to treat my sickness, but we can’t. I am giving up witchcraft and asking the white missionary for help. I will no longer be treating you. You are free to go wherever you please, but I strongly recommend that you follow my example and put yourselves under the white man’s care. He will not force you to become Christians against your will, but you must not practice witchcraft while he is treating you. The medicine of His God does not mix with our witchcraft medicine. If you choose to accept his help, you can continue to use natural remedies, but you must not call on the spirits.” And with that he turned back to me with a look that said, “Shall we get started?”
By God’s grace, every one of the dying people in that house survived. As for Robinson, he came to live with me in Balangabong. He told me a few days after we arrived that, before he even called me, he had decided to become a Christian. He had tried everything the old ways had to offer, and he was ready for a change. To mark the beginning of his new life, he changed his name to Benson.
Because of the long delay in treatment, much of Benson’s spinal damage will likely be permanent. He is making slow but steady progress, however, both in the treatment of his disease and in his spiritual growth.
As for Eddie and the others, two weeks after I began treating them, the believers in Balangabong sent out their first missionary family. Abel and Jenebi Manzano have been living with Eddie for the last month, treating him and his patients under my supervision, and teaching all who will hear about the God who not only heals, but gives us life forevermore.