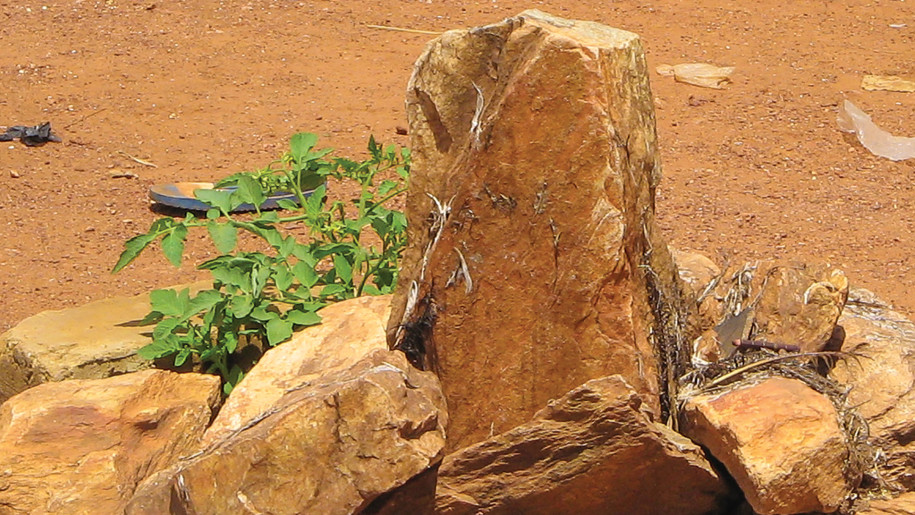 Many missionaries have stories about encounters with venomous snakes, violent tribes, strange practices, deep jungles, tropical diseases, filthy living conditions, harassment, burglary, kidnappings, and a whole host of other trying things. Some end up losing their lives. So missionaries identify with Paul’s declaration in 2 Timothy 3:10, 11: “You, however, know all about my teaching, my way of life, my purpose, faith, patience, love, endurance, persecutions, sufferings—what kinds of things happened to me in Antioch, Iconium and Lystra, the persecutions I endured. Yet the Lord rescued me from all of them.”

Missionaries working among resistant people groups tend to encounter the most persecutions. Fouteela, one of our lay workers, has certainly seen his share. Last week I heard about a trial he experienced while we were on furlough last year.

Fouteela works with our daughter church of about 50 members in Sonsoro, a small town in the Alibori Department of northeastern Benin located about 12 miles southeast of Kandi. Sonsoro has two dominant religions—animism (about 84 percent) and folk Islam (about 14 percent). Among its 10,000 residents, there are fewer than 200 Christians. In 2012, we were the second-largest Christian denomination after the Catholics. We gained most of our converts through deliverance from witchcraft and occultism.

Sonsoro’s official witchdoctor has been very antagonistic to our work there. He says our prayers interfere with his magic and his ability to communicate with spirits. In most African societies, a particular “good” witchdoctor serves the village and helps people defend themselves against evil witchcraft and keep away the “bad” witches who are considered enemies of society. In the village hierarchy, the official witchdoctor exercises great authority and is not a man to be taken lightly.

For the last few years, the witchdoctor of Sonsoro has considered our work a direct challenge to his authority. We have introduced many villagers to the Lord Jesus Christ, and they have found His power to protect and help them far greater than that of the witchdoctor. Also, God’s power is free! No longer are they required to spend lots of money for animal sacrifices and go through stressful rituals. Their fears are gone, and their health and happiness are greatly improved.
Fouteela is a bold and ambitious lay worker. As a former witchdoctor himself, he was not easily threatened. In his former life, he made spells to protect clients against evil forces. But after suffering for years under a spell he could not break, he found deliverance in Jesus. Now he is committed to introducing his Savior to everyone still in ignorance and darkness. When he moved to Sonsoro in 2013, he came into direct confrontation with the witchdoctor.

Many times the village witchdoctor sent people to warn Fouteela, and their battle of words continued indirectly through messengers. However, their conflict rose to a new level when the witchdoctor’s wife decided to take their daughter to our church for prayer. The girl had been ill for years. Her father had tried all he could to heal her, but in vain. She had even traveled south to visit some renowned witchdoctors there, but without satisfaction.

After hearing the testimonies of close family members who were healed and delivered during Fouteela’s prayer meetings, the witchdoctor’s wife decided to take her daughter there. For a couple of weeks they attended the meetings secretly every evening, and by the grace of God, the girl was healed.

When the witchdoctor discovered that his daughter had been healed, he was overjoyed and wondered how it had happened. But his joy turned to anger when he learned the truth. His animosity grew even hotter when he began losing his assistants to the Adventist church. Worst of all, the “ancestor” spirits were not responding to his incantations, and his reputation in the village was dwindling.

Powerless to stop Fouteela with spiritual attacks, the witchdoctor decided in desperation to physically attack him. The witchdoctor’s wife and daughter were now members of our little community and he hoped in this way to scare them away from the church.

One evening last August, he followed his wife and daughter to the prayer meeting. As Fouteela was praying, the witchdoctor charged in waving a big hammer. Everyone was shocked, but God’s angels protected Fouteela. Other men at the meeting restrained the witchdoctor and told him to leave and not disgrace himself further.

After that incident, the witchdoctor forbade his wife and daughter to attend our meetings. However, on February 13, I was privileged to witness the return of the witchdoctor’s wife. I was blessed by her testimony that Sabbath morning. She praised God for making it possible for her to resume with prayer meetings and worship services. God has mysteriously worked on her husband’s heart, and he has allowed her and their daughter to begin attending again.

We don’t know yet what God did to bring the witchdoctor to that decision, but we give Him the glory. Fouteela shared with me that since the incident, the witchdoctor has come once to visit the prayer meeting. Please join us in special, earnest prayer for the witchdoctor. He seems to be in the valley of decision, struggling with his own needs, his pride and his sense of responsibility to his village. Thank you for your prayer and support.