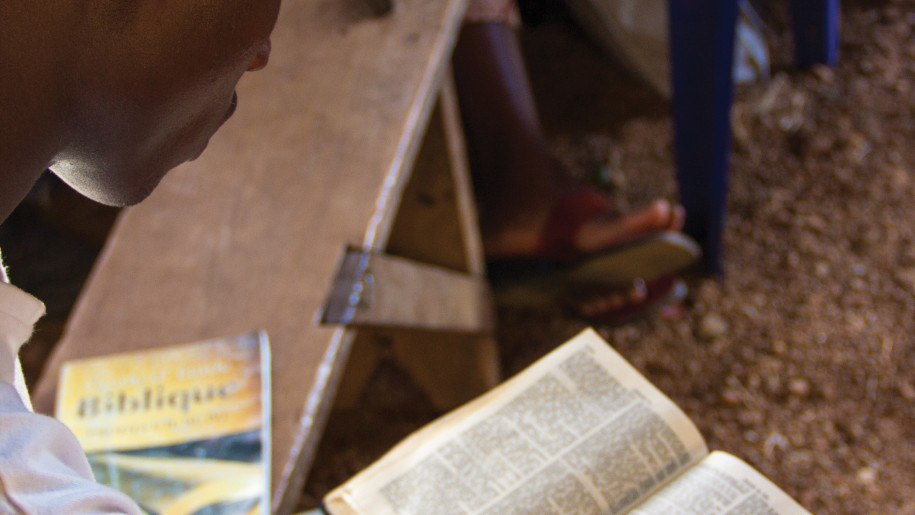 As missionaries, we know that people around the world are praying for us. While some of these prayers are general (“Lord, please be with missionaries in Africa, India, South America and Asia . . .”) and others are more specific (“Lord, please protect the Badé family in Benin . . .”) I believe God hears each one. We missionaries are extremely grateful for your battles in prayer on our behalf, helping us through discouragement, illnesses, spiritual attacks, ethical issues and other hardships.
Recently, I read an article in the July 2011 mission quarterly that shared three practical, biblical tips to help prayer warriors and intercessors successfully pray for missionaries: 1) Focus your prayers on the missionary’s real purpose for ministry; 2) Find out the missionary’s specific prayer requests; 3) Pray in God’s will. We know that many of you already pray this way, and we rejoice in how your prayer ministry is advancing the kingdom of God. The 15 souls we baptized on June 28, 2014 are tangible proof of the difference you are making.
This was our sixth baptism ceremony here in Benin. While we didn’t baptize any Dendi this time, 13 of those baptized came to us through the efforts of Ismalifou, our first Dendi convert from Islam. The 13 new members all come from Sonsoro, a Baribar village 12 miles west of Kandi, and they join four other members from that village, bringing our Sonsoro total to 17 members.
Ismalifou’s story was the mission focus at the 2012 Michigan Conference Camp Meeting Sabbath School. Most of the churches we visited that year on furlough also heard his story. Ismalifou used to work as a medium, a charm maker and spiritual healer with supernatural power. Occasionally, he and his helpers would poison a village’s well during the night. The next morning, when villagers became sick, he would offer to sell them the cure.
After Ismalifou came to Christ, he witnessed a dramatic demonstration of God’s power in Sonsoro where a group of about 10 children were delivered from satanic possession. Ismalifou and some of his family members became convicted that God had a special plan for them. Forty members of two of his brother’s families began praying with Ismalifou, and more than 20 began studying for baptism. Sadly, after six months of fellowship, a few days before the scheduled baptism in February 2012, the majority of the candidates became spooked by a rumor that the baptismal ceremony would transform them into fish. Only four teenagers showed up to be baptized that day, and we praised God for their courage and faith.
The incident seriously affected all of us, particularly Ismalifou. For a time, he turned his back on his new faith and was enticed back into folk Islam by the offer of a business loan. But God kept drawing him. After an experience that reminded him of the holiness of the Sabbath hours, Ismalifou became convicted once again that God wanted him back in His service. Answering God’s call, he decided to return to Sonsoro in December 2013. His dedicated work in God’s power and with your prayers led to the miracle of our most recent baptism in June. One of those baptized was a lady in her seventies who overcame her fear of the rumor that dissuaded her two years ago. Out of the 13 villagers baptized, 10 are women, seven of whom are in their late thirties and two in their late fifties. Among the men, we have a family chief in his early seventies, his brother in his fifties and his son in is late twenties.
Our two new members not from Sonsoro are Madalarie, a 14-year-old girl whose adoptive mother was delivered from demon possession last December, and my own dear mother, who has been living with us since last September. Praise God! Her decision was an answer to years of praying.
As equal partners with us in this mission venture, you, our prayer warriors, have earnestly asked God to encourage us with some visible results, and He has responded mightily. Ismalifou’s return to Sonsoro; the return of the elderly lady to the truth despite the rumor; the others who encountered the power of Jesus Christ; and my Christian mother’s decision, after 24 years, to become a Seventh-day Adventist . . . these are just the visible signs we have been longing for to assure us of God’s blessing and leading.
Thank you for being part of this mission. Thank you for praying for your missionaries. God bless you as together we move forward on our knees to hasten His second coming.

Thank you for taking the gospel to the world.

Thank you and your family for your loving and selfless commitment to God…your story has been a real inspiration. I will remember you in my prayers. God be with you as you spread the news of his amazing love.