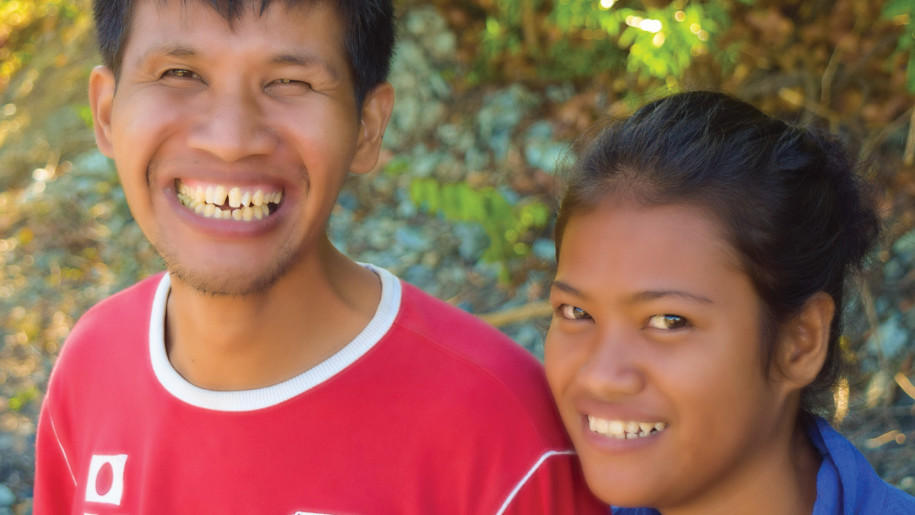 Emanuel sat leaning against a tree on the edge of the jungle. His clothes were drenched in sweat from the long hike, and he was exhausted. Besides, he didn’t know how to help a sick patient.

Emanuel had left his own Tawbuid people to be a missionary to the Hanunoo tribe. When he arrived, he mostly expected to preach and teach, not treat sick patients. Nevertheless, he knew that a missionary should help. He would just have to trust God to show him how.

“Come on!” Emanuel called to his companions as he pulled himself to his feet. “Let’s go see what we can do. By the way, do you have any medicine with you?”

“I have a single Tylenol,” answered a young man. “We don’t know what to do, though. We’ll just follow you.”

I don’t know what to do either, Emanuel thought to himself a few minutes later as they climbed into the primitive hut. A feeling of panic threatened to paralyze him. But God sent me, and He knows what to do. Lord, I trust You in this problem!

Dado was gravely ill. Emanuel had seen enough people die back among his own people to know that this man had little hope. His one Tylenol pill certainly wasn’t going to make a difference. Ah! he thought to himself. An even greater opportunity for God to show Himself strong to the Hanunoo! But I must be careful that they don’t think that the pill will heal him.

“My friend,” Emanuel spoke loudly so everyone could hear. “You are very sick. All I have is this one little pill, and it is not nearly strong enough to heal you. But there is a God in heaven. He made all of us and everything in this world. He loves us and wants to help us. If we pray to Him, He will hear us, and he may choose to heal you. Will you choose to pray to God with me, and not to the spirits?”

There was a long pause while Dado thought. “Yes,” he whispered at last. “I will try God. Please pray for me.”

“God in heaven,” Emanuel began. “You heard this man’s decision. He wants to be healed, and he has chosen to pray to You and to stop praying to the spirits. I ask that You will take this simple pill, and that You will add Your power to it and heal this man. Let him and everyone in this village know that You alone are God, and that You love Your children. I ask this according to Your will, and in Jesus’ name.”

Emanuel and his companions left the house in sober silence. Would God answer their prayer? If Dado died, would the village reject them and the teaching they came to share?

It was nearly nine o’clock that night when Emanuel sat up in frustration. He just couldn’t sleep. He kept seeing Dado in his mind’s eye, lying there on the brink of death. Emanuel couldn’t wait till morning. He had to find out what had happened.

Fearing the worst, he made his way across the village to the little hut. A fire was burning brightly. Emanuel feared this meant they were already preparing Dado’s body to be buried in the morning. Coming up the steps, however, he was met with an amazing sight. “Brother! Come in! Come in! Your God answered your prayer and healed me already. Come, eat with me! I’m so hungry—I’m dying to eat!” Dado cackled at his joke, and Emanuel plopped onto the floor in relief.

“Yes, brother,” Dado’s wife joined in. “We’ve never seen anything like it. We all knew that my husband was as good as dead. No one ever recovers once they are that far gone, and certainly not in just a few hours. Everyone in the village knows now that your God is more powerful than the spirits.”

That sounds like a good place to end this little tale. But the story isn’t finished yet. You see, a few weeks later, Emanuel came back to this same village to visit and teach more about the creator God. When he arrived, the village was waiting for him.

“Brother Emanuel!” the people called as they came running to meet him. “You came just in time. Please, come quickly! Grandpa is very sick. If you pray for him, he will get well.”
Oh no! Emanuel thought. Last time I worried that they would think that it was the pill rather than the prayer that brought healing. Now they think that my prayers are magic!
Hurrying to Grandpa’s house, Emanuel tried to explain. “Friends, I don’t have any special power. It’s not the prayer that heals. Nor does it matter who does the praying. Anyone who truly believes in God and prays in Jesus’ name can ask for God’s help. It’s not like the magic that you are used to. God actually thinks. He loves us and listens to us. Talk to Him like a friend.”

“Yes, yes,” they replied. “That’s all fine and good. But pray for Grandpa or he will die. Please, don’t be heartless. Pray for him so that he will live!”

Emanuel didn’t know what to do. It was clear that the people misunderstood God. They thought He was an arbitrary spirit like the ones they knew, or else some kind of magic that would work if the right words were said, or the right power exercised.

He knew from missionary John that this is syncretism. But he also knew that the people couldn’t understand God’s character after just one encounter. Wasn’t it enough for now that they were reaching out to Him as best they knew how? Wasn’t this like Naaman’s attempt to worship Yahweh by bringing home two mule loads of Israel’s soil to sacrifice on? There would be time to teach and explain more in the future. But not if he didn’t help them right now.

“All right,” Emanuel said. “Grandpa, do you believe that God can heal you? Do you choose to ask God for help, and not the spirits?”

Again, Emanuel prayed a simple prayer asking for healing as a witness to the Hanunoo in this village. And once again, within a few hours, Grandpa was healed.

Later that night, as Emanuel taught the people from the Bible, one of Grandpa’s relatives stood up. “We want to be Christians. We have seen enough. We have heard that people become Christians by being dunked under water. We want you to do this to us.”

“Yes!” one of Dado’s relatives jumped up. “We want to be Christians too! Dunk us under the water in the river.”

“Wait a minute! Wait a minute!” Emanuel cried, grinning with joy. “That’s wonderful! God is bubbling over with happiness that you want to become Christians! But first things first. The river is far too cold this late at night. Let’s finish studying God’s book. Let’s learn who God is, where the spirits came from, and how God wants to save us. Then we can get ready for the dunking part!”

And that, my friends, is the story of how God took Emanuel, a fervent young Tawbuid Christian, and worked through him to begin planting churches in the dark, resistant interior of the Hanunoo tribal territory. 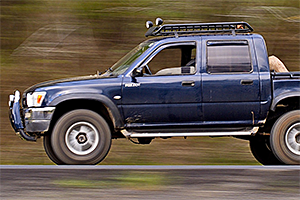