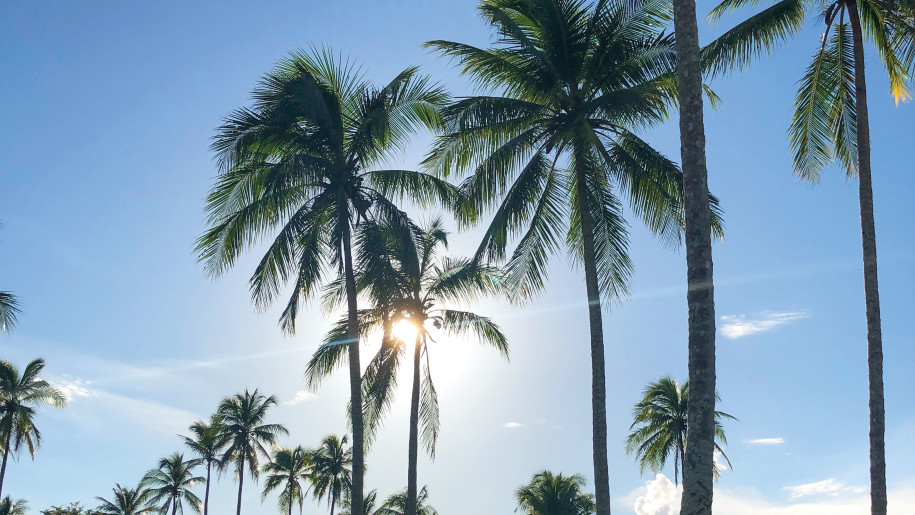 After being away from our house in Kewa for nearly a year, we knew there would be a lot of work waiting for us there when we arrived.

It was the morning of our flight. We had tickets to fly Air Niugini to Daru. Once there, we hoped to pick up a connecting flight from there to Kawito the same day, aboard a Mission Aviation Fellowship (MAF) flight. If we missed that flight, we would most likely be stranded in Daru for some days before getting home. As we were leaving our transit house at Pacific Adventist University, we still did not have definite word from MAF as to whether or not they would have seats for us aboard that flight.

Before leaving, I received a phone call from the MAF booking manager assuring me that there was space available on the flight for us. Now, the question was, will their pilot wait for our Air Niugini flight to arrive before taking off with his own flight? As it turned out, the timing was perfect. The MAF plane landed just before our flight landed, much to our relief, and they had space for us.

Once we landed in Kawito, it was a short thirty-minute boat ride to our mission on the Aramia River. Because of the high water this year, we were able to take a shortcut through a jungle via a small, shallow creek. This not only saved us time but gave us a chance to see some beautiful scenery that we normally do not get to see—with low-hanging moss, vines and branches brushing against us as we turned off the river into the small tributary.

Anticipation weighed heavily on my mind. The physical condition of buildings and grounds, what shape are they in? The church members’ spiritual condition, have they lost their first love? Did they truly have a love for Jesus, or was their love merely for the ‘white man’ and the material goods and prosperity he might bring them?

From the swollen river, I peered across the flooded wetlands, trying to catch an early glimpse of our mission station. Before we reached the final bend, our house and training center appeared through the bamboo patches lining the distant riverfront. Even though I knew the buildings would be there, the sight of them brought a sense of peace, a feeling that this is where I am supposed to be. Beholding our mission grounds from a distance triggered a flood of memories—the miracles God had wrought, His protection from injury, the generosity of donors (Thank you!), the hard work we and our local work crew had put in, and the blood, sweat and tears shed in the process of building. And for what purpose? The great commission given by our Lord is to go and teach (disciple) all people. The first angel of Revelation 14 commands us to preach the everlasting gospel to every nation, kindred, tongue and people, including the remote tribe of Gogodala.

As we approached the waterfront, a group of adults and children with smiling faces gathered around to welcome us. Someone had placed a beautifully hand-painted welcome sign in the ground at the water’s edge. They laid down a temporary boardwalk so we would not muddy our feet while getting from the dinghy to dry ground. After greeting everyone with handshakes, including the children, and talking with them for half an hour or so, we had prayer together. Then the crowd dispersed to their homes while we took our bags into the house and prepared to clean the grounds and buildings.

In the tropics, nature is quick to take over when we are gone. But despite gecko droppings, termite dust, and mossy walls, we were glad to be home. In this dark world, it is most comforting to know that Jesus is preparing a place for each one of us. We have a bright future! Let us all be there.