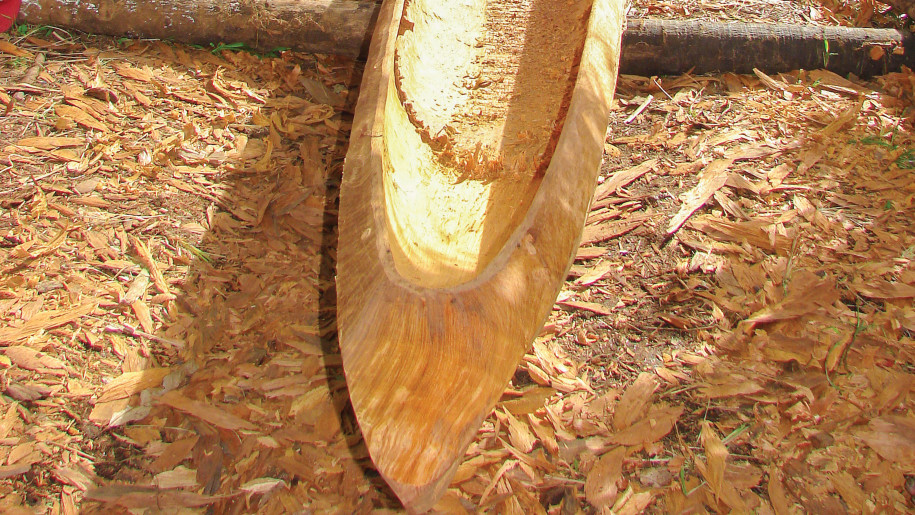 “Apoma!” I called out as I walked back to the house. Apoma, our nearest neighbor was walking up from one of the mission’s community water tanks carrying the jug he had just filled. I had heard he is considered a bit of a rascal known for his connection to the local drug trade, so I had begun to pray for his family that the Lord would work to transform their lives. I had not seen him for a long time, and I was happy to connect with him again.

“Selenap debe!” I said as we slapped hands in a handshake. Apoma returned the greeting and genuinely seemed happy to talk with me. We had a short, friendly conversation, and I learned he was working on a new gowa (canoe) just down the hill in the lagoon behind our house. I was interested, and he invited me to come down sometime to see what he was doing.

A few days later, I had a little free time and headed over to see how things were coming along on the new gowa. As I walked down the hill, my heart sank. Apoma was not there. I had wanted to connect with him and build a friendship, so I felt a little bummed. Just then, I saw someone shoot up a coconut tree next to the path I was on. I looked a little closer and saw that it was Apoma, climbing up to knock down coconuts. I said hello and watched coconuts fall, one after another. After he finished, I helped him gather all his coconuts and carry them over to the path, where we sat. As I watched him skillfully use his bush knife to husk a coconut, he said, “We will have a coconut and then go see the gowa.” He handed me a full young coconut to drink, and we chatted while he husked the rest.

After he finished, we walked over to the water’s edge, where a huge log floated in the grassy lagoon. It was the beginnings of his gowa. We waded through the knee-deep water and climbed up to stand on the log. It was massive! I could see it was taking shape in just the few days he had worked on it. I asked dozens of questions and learned a lot. Apoma told me that he had some interest in spiritual things, that he doesn’t eat pig because it’s unclean, and that he appreciates what we missionaries are doing. It was a positive conversation.

We pray for this family day and night. While the Lord is giving us opportunities to do small acts of kindness for them, their own generous hospitality never lets a favor go unreturned! If the village could see the power of God through the conversion of Apoma, all should feel hope in the love of God doing the same in their own lives, no matter their situation. Would you please join us in our prayers for Apoma?