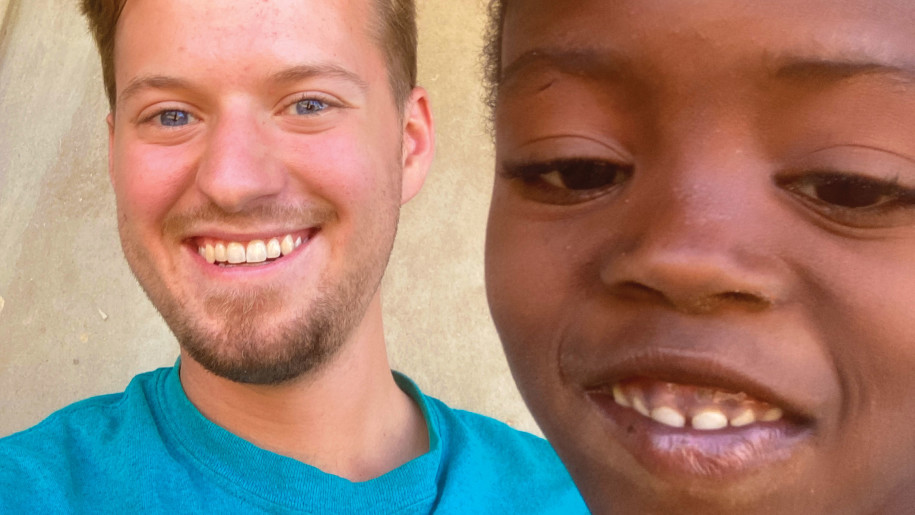 It had been two weeks since we had begun preparing a kids’ program for the children in the nearby village during their Christmas break. Each day, we had various activities planned, such as thrilling Bible stories, short skits and beautiful crafts, each focused on a specific story or theme. The other SMs and I would meet together each evening to discuss what we would do for the following day and make sure that we had the correct supplies and that everything was ready. We didn’t have much for props besides some old dusty shirts, some rough wood boards, and some worn-out tires, but we did our best to create interesting scenes for the kids to help them better imagine each story.

I felt that everything was going well. Each day, 10 to 20 dusty kids would come running into the concrete-floored room and sit on the big woven mat. They would all lean their little bodies in close to hear each of the stories and then jump up with excitement when it was time to do the skit.

However, one day I noticed that one child wasn’t like the rest. She seemed bored; resting her head wearily on her small hands in a corner of the room, uninterested in what everyone else was doing. On previous nights, she had been as engaged and energetic as all the others. But today was different. I began to wonder, Did we not prepare enough? Was the program too boring for her?

As I watched, she got up and walked out the door and onto the front porch. I decided to go out and see if anything was wrong. I walked outside and found her slumped against a cement post, gazing into the blue sky. In my broken French, I began to ask if she was alright. I was surprised when she turned to me with a sparkle in her eye and asked, “Can you take a photo of me?” I was a little confused, but I took out my phone and snapped a quick photo. “Let me see, let me see!” she exclaimed. I showed her the photo, and a smile began to creep across her face. She began to tell me how the only times she gets to see herself is when someone takes a picture of her or when she sees her reflection in water. She kept gazing at the image as if she had never seen what she really looked like. She then gave me a quick hug and dashed happily back inside.

It is easy for me to focus on the big picture and the tasks at hand and miss the small things. I thought what the girl needed was an exciting, engaging Bible program. But what she really needed was someone to ask her if she was okay and to show her that she mattered. It’s not always the big things that make big impacts, but rather the everyday moments when you go out of your way to find those who need to be asked if they are okay, and you show them God’s love. Jesus didn’t just come to save adults and show them His love. He also cares about children. He said, “Let the little children come to Me, and do not forbid them; for of such is the kingdom of God” (Matt. 19:14 NKJV).