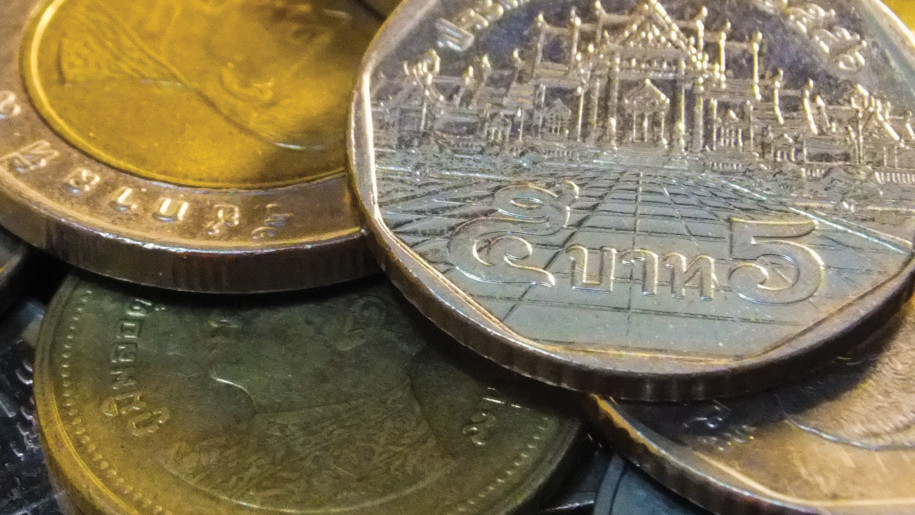 We sat in stunned silence. We had come to the Thai immigration office in Bangkok to try to figure out what needed to happen to bring Dorothy’s and my visas into line. I’d had a multiple-entry visa since March, but Dorothy would have to wait to get a multiple-entry until mine was renewed the following March. That is what we thought was supposed to happen. Well, Lord, it looks like this is another opportunity to grow in Christian graces.

We had left Thailand on July 30 for South Africa to attend and present at meetings there. Then we flew to the States for meetings and returned to Thailand in early October.

We got a call saying that I would need to come back to Bangkok because something had happened to my visa, and I would have to renew it. When I arrived, I discovered that something had happened between Dorothy’s visa and mine that had caused my visa to be canceled. Each time we had left the country we had purchased a reentry visa for Dorothy, but because I had a multiple-entry visa I was under the impression that I did not need to do that.

Now we were trying to find the fastest way to streamline the process because we would be coming back to the States for meetings in February, and it was very close to the date that my work permit would need to be renewed and Dorothy’s visa, hopefully, could be converted to a multiple-entry.

That is when we got the shock. Because I had not purchased a reentry visa when we left in July, my visa had been canceled, which had caused Dorothy’s to be canceled as well. Though we had purchased reentry visas for Dorothy each time we left, she was being told that she had overstayed her visa four months, and so we were being charged 20,000 Baht, the equivalent of about $625. To say that we were in shock was an understatement since no one had even hinted that I needed to purchase a reentry visa when I already had a multiple-entry visa.

The customs officer was very kind, and the payment was not due immediately, but when we come back to renew our visas in a few weeks the fine will be levied along with the cost of two new multiple-entry visas.

In spite of the shock, we can still see that God is in control. It gives us an opportunity to demonstrate Christian grace in the face of unforeseen circumstances and to lean on Jesus in every situation. We do our best to be good stewards of God’s resources and hate having to spend money that seems to be senseless, but we have to trust Jesus because all of our resources are really His. We are told that “The trials of life are God’s workmen to remove the impurities, infirmities and roughness from our characters, and fit them for the society of pure, heavenly angels in glory” (My Life Today, 92).

Lord, keep refining us so we can reflect You.