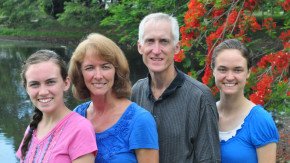 There is One who cares for them even more than we do. Our Heavenly Father longs for them, and us, to miss Him, appreciate Him and ask when He is coming back.

Even though the Cabrals’ time on the project was cut short, they made a lasting difference. What a joy it has been for us to work with them! We invite you to join with us in prayer asking God to send the right person or people to fill the vacancy.