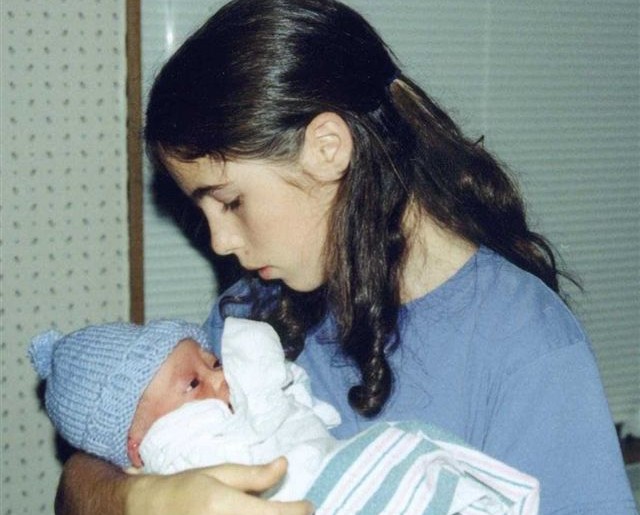 Several of my family members have been career missionaries. Ever since I can remember, my family had all the missionary stories in our house.  You know, Jungle Thorn, Jungle Pilot, Dookie, Sookie, and Big Mo, A Brand from the Burning, and ever so many more. My mother read them to me and my twin brother. As soon as I could read, I would read them for myself.

I accepted Jesus into my heart in a more personal way when I was 14. From that day on I “knew” that I would be a missionary. It was just laid on my heart. Of course I had no clue what it would really be like to go as a missionary, but I did want to serve Jesus, and I felt that tug in my heart.  As I grew older, such books as Bruchko, and Through Gates of Splendor became interesting to me.

And then my sister got married.  During her first pregnancy, she taught me all about what was going on with the baby. When it was time for the delivery, I really, really wanted to be there. My sister was kind and even offered to let me be there for the birth. I was the “go for”, when they needed apple juice, I flew out to the nurses’ station to beg for yet another little plastic cup of the soothing stuff from the refrigerator.  “No, Ma’am!  I am not drinking it myself!” I assured them.  When they needed warmed blankets, I overcame my natural shyness and went out to ask for them.  Eventually I even got to do a few things to make my sister less uncomfortable. I was exhausted, but never even imagined falling asleep.  This place, this event, meant more to me than I could process at the time.

After 23 hours of labor, my first niece was wrapped in a swaddling blanket and placed in my arms. My heart melted. That day, a midwife was born. I didn’t even understand at that point what a midwife was, but the door was opened and I could never close it.

When I finished high school, I went to a new little mission station called Kimbia on the Berbice River in Guyana, South America for one year. Some in my family doubted that I’d make it through the term of service. Mostly I did things that I hadn’t planned on doing, like teaching Bible, and setting up a library. I also did fun things like washing my clothes in the river, and learning to paddle the boats that were our only means of transportation on “the river” that dominated our lives.  To the surprise of my parents, I came home saying that I still wanted to be a missionary.

Little by little, the Lord gave me the experiences I needed to prepare for service.  I studied natural remedies and worked as a Lifestyle Counselor at Uchee Pines in Alabama. While there, Bill and Lois Dull invited me to come to their Midwife Training School in Ranchi, Jarkhand Province, India. The call was a joy and a terror.  I prayed.  I cried and prayed some more. That year in India confirmed two things for me.  First, Midwifery is my passion and my most joyful place of service to the Lord.  Secondly, I am meant to be a missionary.  I don’t always want to be a missionary.  But the Lord has called, and I know that He qualifies the called.

After returning to the States, the biggest challenge of my life at that time was trying to understand how to help my mother as she fought a losing battle with cancer. Those of you who have been down that road will understand something of how this journey has changed me. I am thankful that the Lord allowed me to be there with my mom to the end.

One of my mother’s last wishes was that I would go back to school and get my degree. I could appreciate how a nursing degree would help me be more prepared to work overseas. I entered nursing school with the purpose to work and pray that the Lord would open the way for me to finish school without going into debt.  I don’t have room here for the whole story, but suffice it to say that by God’s grace and a series of miracles, I graduated three years later without a single school bill to pay off.

I was relieved.  I was grateful.  I was excited about whatever the Lord had next for me.  But there wasn’t much time to bask in the new diploma. This is where it gets really intense.

Graduation was May 7, 2016. That was a Sabbath, so I decided not to march with my class.  But my little church family did not let the day go by unnoticed.  Family came from distant parts of the country, and our church held a special Sabbath dedication service, thanking God for all He has done for me, and praying with me that He would show me what was next.

Preceptorship (Yes – it was after graduation) took up a month between the middle of May and the middle of June.  What an awesome learning experience! I got to work – actually work – in the hospital with a phenomenal mentor!  She was great, and made sure I had as many opportunities as possible to experience new things.

And then it was time to study again.  And study.  And wade through bureaucratic paperwork.  And study, and study, and study! The NCLEX was a formidable foe.  Everybody said that there was no guarantee that I’d pass it the first time no matter how I studied.  But I just prayed and studied anyway.  People kept asking me what I was going to do next, and I would say, “I don’t know.  After I get past State Boards, I will start praying about that.  For now I’m studying.”

July 6 was the day. My family prayed.  I prayed.  I did my best.  I had no idea at all whether or not I had passed.  They said it would be two weeks before I could find out, but some classmates learned an unofficial way of checking to see whether or not we had made it.  By July 8, I had pretty strong confirmation that my name was in the system with a license number.  PRAISE THE LORD!

And it was time to get serious about praying for God’s guidance regarding what to do next.  Some people urged me to take a year and work near home to get more experience.  I could work labor and delivery and get my own apartment with my cat. Others said it would be better to get some training in a third-world clinic where I could “learn the ropes” in the kind of conditions under which I would eventually be working.  I was torn.  I sent out applications to hospitals in the area, while at the same time checking in with different missionary contacts.  And, of course, I sent an inquiry to AFM.  And I prayed and prayed.

On Tuesday, July 12, AFM contacted me to say that they were praying for a short-term missionary for the Palawan project.  It had to be someone with an RN.  It needed to be someone without debt, and – by the way – it’s a hurry-up call and you’d need to be in training by Sunday, July 17.  What

I had whiplash.  All my sweet reminiscing about a year in an apartment near the hospital in Cadillac with my kitty and my new nursing degree went up in smoke.  I got on my knees. I came to know that this was the call the Lord had designed for me.  After all, I’d said so many times over the last few years that the George’s were my favorite missionaries in the AFM magazine, and that I’d love to train in that clinic under Leonda George.  But now it is a reality!  This is where the real test comes!  Am I all in for the Lord, or am I just a dreamer?

I want to be all in.  I will not lie to you and say that it’s all a bed of roses.  I have fears and worries.  I am already homesick.  When I learned that the planned departure date is August 28 my heart sank.  I hate to travel alone. I had hoped to travel with someone else on my team. But I couldn’t go until my fundraising was done.  The other student and short-term missionaries have had months and months to get ready.  I had only a very few weeks.  But I knew that if God wants me to travel with my team, He can bring in the launching funds in time to buy tickets so I could go with the other three short-term missionaries who are leaving on the 28th for Palawan. The Lord provided the money and I will be flying with my team mates! Praise the Lord for His kindness!

Thank you for reading my story.  Thank you for your prayers.  I look forward to counting on your prayer support during the whole time I’m in Palawan, and then wherever the Lord sends me next.  All these years I have enjoyed staying in touch with “my” AFM missionary or missionaries.  Now I get the experience being one of those for whom others pray.  This is a precious and sobering blessing.  May God bless you for all you do to support those of us who are called to go.

What an inspiring testimony of that our Father is doing in your life! After hearing the details of the last few months of your experience, I will be shocked if you are not on that plane with the rest of your cohort. 😊

Praise the Lord for the confidence you had in your calling. There is nothing more treasurable in this world than your own purpose. For without purpose you have no reason to live. God is God of Order and God of Purpose. He does not work on ad-hoc basis or cannot do something without reason. Every child of God has a purpose. You are blessed to be a missionary in your purpose for life. Glory be to the Maker.

So happy to see how God is continuing to lead.  Talking with you last night was such an affirmation that He has been leading and guiding in your calling to Palawan.  Nobody said it would be easy, but He promises to make it all possible.  Keep on keeping on!