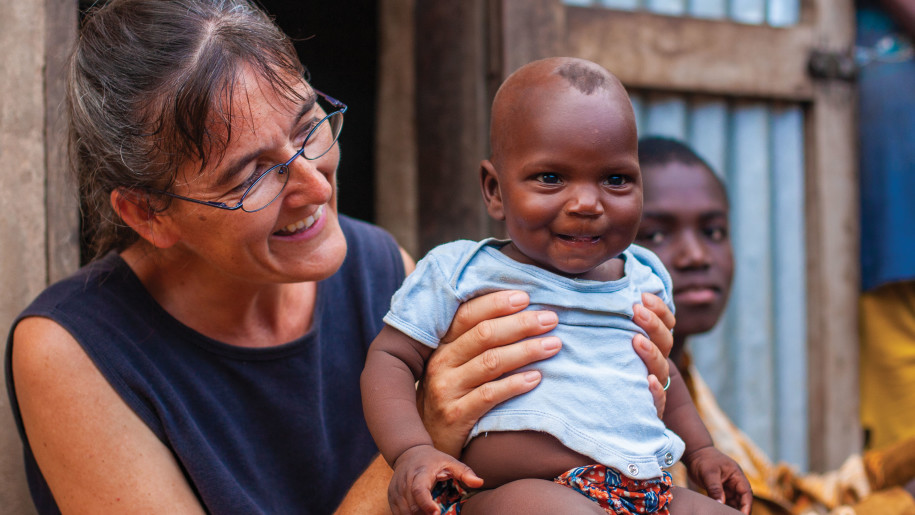 What is the 10/40 Window? Many of you probably know it is the area of the world between 10 and 40 degrees north latitude across North Africa, the Middle East and Asia where a majority of the world’s unreached people groups live. But did you know it is also home to 82 percent of the poorest of the world’s poor? This population’s per-capita annual income averages only $500. The 10/40 window also contains 84 percent of the world’s population with the lowest quality of life in terms of life expectancy, infant mortality, economic security and physical safety. Human life in these areas can be very cheap as tribal violence and retaliation ripple through generations.

Why do these statistics matter? Jesus did not just call His followers to preach to the unreached, He also called us to teach them how to live and care for each other. According to Psalm 119:2, true quality of life comes from following God’s decrees. “Happy are those who keep his decrees, who seek him with their whole heart.” However, overcoming ingrained ways of thinking and behaving does not happen in a few weeks for any of us, let alone people who have never before been exposed to God’s law of love. The process takes time. Even Israel needed 40 years of Moses’ mentoring after Sinai before they were ready to enter the Land of Promise.

This is why AFM sends missionaries to live for years among the unreached. How else can we model the joy of serving God, the happiness that comes from keeping His law, and what obedience looks like in all aspects of life unless we illustrate these behaviors over time? It is our goal not only to introduce the unreached to the God they have never heard of but also to the principles of His kingdom. And it works! Every issue of Adventist Frontiers is brimming with stories of precious souls embracing their holy calling to care for each other. Many of them could probably teach us a thing or two about sacrificing for others. Still, there is much work to be done, as Satan hates to release his hold on human hearts.

When you partner with AFM, you are investing in our longterm commitment to take the time and care necessary to teach God’s kingdom principles to people who have never experienced them before. When we take on this responsibility, not only can their eternal future be changed, but their quality of life can be improved here and now as they learn to live under the authority of the true King who gives them life more abundantly.

Won’t you join AFM in working to change the statistics of the 10/40 window one missionary at a time?