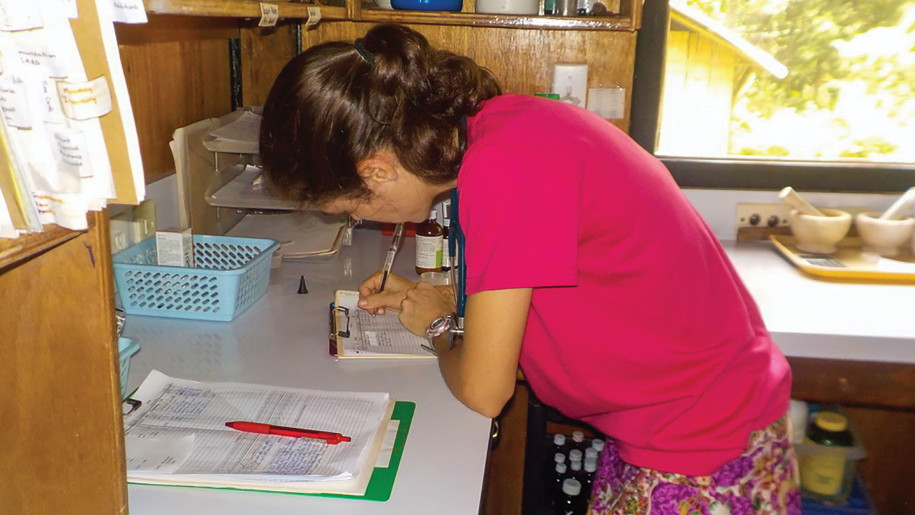 “Hurry! Something is wrong with Juritu!” It was 1 a.m., and Rusma was standing outside our house calling to us. She said Juritu was dizzy and shaking and couldn’t walk. Carrie and I went to the clinic to collect our equipment and the one medicine we thought might help. Then we hurried with Rusma to her neighbor’s house.

The whole family was up. Juritu was sitting on the floor shaking. He said his head hurt, he was dizzy, and his legs were stiff. I checked his vital signs. Everything was completely normal. He didn’t even have a fever.

We asked him if he thought it was spiritual, but he said no. We asked him if he wanted to go to the clinic. He said he did. We started down the trail, but he only made it a few feet before he had to sit down. Carrie stayed with him, and I went to get a man to help steady him so he could walk. With help, Juritu was able to walk, and we finally made it to the clinic. We treated his symptoms and then prayed with him. He felt a bit better, or at least cared-for and less frightened. We went home to sleep.

When we got to the clinic in the morning, Juritu was feeling fine and asking to go home. We agreed since his vital signs were still normal, and he was taking his medicine.

Juritu’s strange episodes repeated over and over during the following week. He would come for a check-up and be fine. Then he would be back at the clinic having an episode of shaking, stiff legs and epigastric pain. We suggested that he stay at the clinic for observation, but his wife wanted to stay at home, and he didn’t want to sleep alone. He was afraid that he would die in his sleep. So, we started having Juritu come every morning for a check-up. If we were busy with lots of patients and forgot to pray with him, he would stop us and ask us to pray for him.

Please keep Juritu in your prayers that God will continue to use this experience to draw him and his family to faith. Pray that Juritu will see the love Jesus has for him and Jesus’ power in answer to his own prayers.